Richard Abramson, MD, discusses how accountable care organizations could be an opportunity for radiology to reassert its value to health systems.

The implementation of health care reform is no longer a question, and many in radiology have been sounding the alarms on what accountable care organizations (ACOs) or similar system and payment models will mean for the profession. ACOs, borne out of the Affordable Care Act, are health care models focused on payment and care delivery that tie provider reimbursement to quality measures and cost-of-care reductions in patient populations.

Reduced reimbursement, forced assimilation into hospitals, and strict control over image utilization loom in the distance, making many uneasy about what lies ahead.

But ACOs don’t have to be a death knell for radiology. In the December issue of the Journal of the American College of Radiology, Richard Abramson, MD, assistant professor of radiology at Vanderbilt University, and his colleagues posited that the new health care model could be an opportunity for radiology to reassert its value to hospitals and health systems.

Diagnostic Imaging spoke with Abramson about the potential benefits to the profession and its practitioners.

What are the greatest threats the ACO model presents for radiology?

The big threats are divided up into direct-to-revenue issues and indirect issues that come from systemic changes to the overall health care system. ACOs are under pressure to contain costs, and that could hit radiology in several ways. A decrease in per-scan reimbursement, decrease in utilization, a drop in how many patients are coming through the system for scans, and a potential shift in the mix of services.

ACOs could also shift to lower-cost options. All of these potentially threaten the top-line revenue coming into the radiology department. Additional systemic, indirect changes could take place through health system integration. Organizations will have more capital and will be in better positions to take advantage of economies of scale. Radiology groups will be bargaining with bigger and more powerful entities and could be forced to accept decreased revenue, possible reduced autonomy, and changing service requirements. All of this takes place even in the fee-for-service model. Beyond that, everyone is expecting the evolution of capitated payments.

And, this gets us into a new tier of threats. There’s the possibility of radiologists being at financial risk for imaging utilization. It’s a dire prospect because ordering a scan is out of the control of radiology groups currently. It’s ominous if a radiologist takes a hit based on the imaging pattern of other providers. These are not bullets that radiologists dodge all that easily. But, there’s an opportunity to step up to the plate and take on leadership roles in implementing these changes. If done right, it could provide an alternate revenue stream for radiology.

This would be a big change for many in the profession. How is this cultural shift accomplished?

Practice leaders also see the writing on the wall. The genesis for this article occurred a couple of years ago when my co-authors and I had the opportunity to travel across the country and talk with radiology practices, leaders, and hospital executives about what can be done to bring radiologists into closer alignment with hospitals and health care systems and promote the idea of radiologists seeing themselves as part of a larger team. We heard that everyone is on board with the idea of radiologists undergoing this paradigm shift, but there needed to be a catalyst to make it happen. We feel the Affordable Care Act might serve as that catalyst, providing the impetus for practices to finally come over the last hurdle to making this change. We need to step back and think about building a service line that isn’t just film reading. Otherwise, we’ll be marginalized and left out in the cold with other providers getting around the table to make decisions.

What do radiologists need to do to ensure they have a seat at the decision-making table?

There are four components of the system service line that are worthy of exploration. The actual system service line will have to be tailored to the individual needs of the ACO, and it will have a lot of regional variation. The specifics will need to be dealt with on a case-by-case basis. But, in terms of the core competencies that radiologists possess that could be actionable service line products, we’re looking at utilization management and decision support.

Radiologists possess an expertise regarding the selection and use of image-based diagnostics and therapies, but for a variety of reasons, that ability has been under-used. It’s been difficult to incorporate radiology consultation into the clinical workflow, and frankly, there hasn’t been a lot of incentive for radiologists to limit consumption. But, as they integrate into the health care environment, they can employ this expertise to implement cost effective use of imaging and can be innovative in helping to implement decision support systems.

Radiology can also be a leader in information technology, in general. Beyond decision support and computerized-physician order entry, ACOs will have a lot of unique information technology needs. There will be a need to integrate patient records into an electronic database, integrate case management records with administration software, and learn to collect and disseminate performance indicators both internally and externally. Radiology has the departmental expertise in IT, and we think this can be leveraged to get radiologists a seat at the table.

In addition, a lot of radiologists already contribute to quality and safety assurance in hospitals and healthcare systems, but it hasn’t been promoted yet as a value addition. They can administer radiation safety programs, devise instruction for contrast administration and reactions, and be involved in maintaining accreditation. We think radiology is well served to highlight these contributions as distinct products that enhance the value of radiology to the organization. Radiology deserves recognition and compensation for these services.

We also feel there is a lot of opportunity for radiology to promote the goals of ACOs through operational enhancement - optimizing workflow, expediting hospital discharges, and cost-effective billing solutions. Radiologists can step up and save ACOs money by providing a unified billing solution. They can establish a protocol for transferring imaging data and avoiding scan duplication and the associated radiation risks. It’s a matter of presenting these skills as a distinct product, and, with few exceptions, that hasn’t been done a lot in the past. We suggest that this is something that could be a lever for negotiation for compensation, perhaps a management fee paid to the radiology group or a more sophisticated breakdown of the percentage the group would receive from the shared savings payments.

How can radiology provide a hospital with a unified billing solution?

What we’re talking about in terms of unified billing, some view as treacherous. It’s combining the hospital and physician billing, and many think that is a doorway to bundled reimbursement. And, a lot of people are pretty scared of that. The fact is that radiologists are really good at getting reimbursement for the most part. Some groups are better than others, but sophisticated groups have expertise in information technology that lets they get every penny that they possibly can. Billing for radiology is extraordinarily complicated, and if you don’t have dedicated people who understand it, cash is often left on the table. Insurance companies are very good at denying reimbursement if documentation isn’t correct. You must have people who are really good at coding, who know the modifiers and when and how to use them.

Radiology groups have this for the professional billing. Hospitals, on the other hand, aren’t good at this. And, there’s a very good reason: they’re just too widely distributed, and they don’t have the dedicated expertise. They’re trying to bill for every department in the hospital. It’s conventional wisdom - and there’s data to back it up - that hospitals leave money on the table. For a radiology group to come to the hospital and say, “We’ll do the technical component for you as long as you pay us an administration fee to cover that function,” well, that’s automatically a win-win for both parties. Hospitals get more reimbursement, and radiology groups get an extra source of revenue.

But, some people see that as a long-term threat because it gives payers the opportunity to ratchet down reimbursement across the board at a faster rate. It’s a controversial topic.

If radiology doesn’t make this culture shift, what could foreseeably happen?

Radiology could, unfortunately, become more marginalized in the health care community and viewed as an exchangeable commodity. The commoditization concept might be a bit over-dramatized, but the fact remains that we’re seeing more and more long-standing groups with solid hospital contracts getting booted out because the CEO sees an opportunity or the administration feels one radiology group is just as good as the next.

The reasons for this are multifactorial. Some invoke teleradiology as the big thing that started it all. I don’t think that’s true. I think it goes back to the PACS. Referring physicians were able to view studies remotely in the hospital and no longer had to visit their radiology colleagues. We lost the important relationship between providers, and medical staff and administration now see radiology groups as exchangeable. Radiology must build up a source of differentiated value.

The key concept is the radiology groups add distinct value to an organization that other groups can’t come in and provide. If you’re just reading films, sitting in a dark room and churning out reports, it’s hard to argue against administration saying another group will suffice. But, if you’re actively participating in management, offering innovative cost-control solutions, and promoting quality care, it’s hard to argue that the next group will be as good as you are. Ultimately, it’s about preserving our stickiness, our adhesion to the health care system so radiology contracts aren’t seen as something you rip out and replace with something else. It takes a lot to disrupt a radiology contract that includes a heavy system service line. 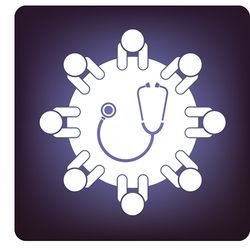 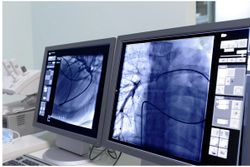 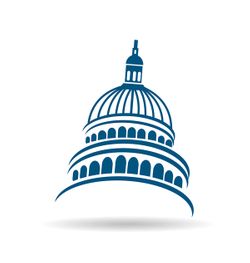