ADAC pays $2 million as part of settlement Nuclear medicine vendorsADAC Laboratories and Elscint went down to the wire in their legalfight over gamma camera patents, but in the end decided to settleout of court rather than proceed to trial. As

Nuclear medicine vendorsADAC Laboratories and Elscint went down to the wire in their legalfight over gamma camera patents, but in the end decided to settleout of court rather than proceed to trial. As part of the settlement,Milpitas, CA-based ADAC will pay Elscint $2 million and both partieswill withdraw their respective lawsuits and refrain from furtherpatent litigation for 10 years.

The confrontation was ripe for a settlement, but the two sidesremained far apart as recently as August, when ADAC chairman andco-CEO Stanley Czerwinski announced that Elscint appeared to beintent on going to trial. ADAC at that time took a $5.5 millioncharge in preparation for legal expenses expected to be incurredin a lengthy court battle.

Just days before the trial was scheduled to begin, however,the companies announced that they had come to terms. Both partieswithdrew their lawsuits and signed an agreement prohibiting furtherpatent litigation in the nuclear medicine and digital subtractionangiography fields for the next decade. In addition, ADAC agreedto use Elscint as a preferred supplier of multi-format imagingcameras. ADAC also agreed to pay Elscint $2 million, a hefty sumof money but less than what the company could have spent in adrawn-out court battle.

"Both companies have recognized that the resources consumedin expensive legal battles are better utilized in improving theirrespective contribution to better and more cost-effective healthcare," Czerwinski said. "We at ADAC are extremely pleasedthat this matter is now behind us and that we can return all ofour attention to that vital task."

ADAC revised its recent estimate of year-end adjustments toaccount for the end of the Elscint litigation. The company increasedits estimate of the extraordinary one-time net gain it will reportfor the fourth quarter to 21¢ a share from 18¢ a shareannounced on Aug. 29. The figure will be in addition to whateveroperating results the company posts. The write-off for legal costsis expected to be reduced to $4.5 million from the $5.5 millionannounced earlier.

In the wake of the settlement, the question is whether Elscintwill pursue similar patent claims against other manufacturersof nuclear medicine equipment. Its disputes with Sopha and ADAChave earned the firm nearly $10 million in the past two years.

Elscint president and CEO Jonathan Adereth said the companywill continue its policy of entering into intellectual propertycooperation agreements with other firms, while at the same time"diligently protecting its expanding patent portfolio." 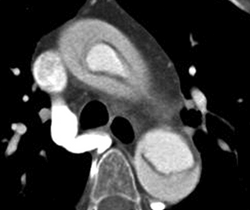