[VIDEO] Radiology is struggling to understand what is quality and value.

A lot of people that aren’t in health care think that the Affordable Care Act was put in place to insure the uninsured, but its real goal is to lower the cost of health care from the government’s perspective, according to Brian Baker of Carealytics, in an interview with Diagnostic Imaging at AHRA 2014.

The trend of growth in the population and the cost of health care is quickly unsustainable, Baker said. In addition to the rising spend in health care, “we’re finding new and better ways to make diagnostic imaging more appropriate and more beneficial for physicians, and it’s going to get used more.” And diagnostic imaging isn’t cheap.

The direct effect on imaging today is not what we will see tomorrow, Baker explained. Historically, Baker said,  MEDPAC and CMS told us that we were being paid too much and we weren’t differentiating our quality and value. The 2014 report remedied this by implementing a payment model based on quality and value. “Radiology is struggling to understand, what is quality and value within itself,” he said.

“The sooner we can identify that for ourselves, the better prepared we’ll be to be able to differentiate our pricing and services,” Baker said. “Without doing that, the immediate effect is they’re lowering what they reimburse to us.”

Baker noted that the 2014 MEDPAC report called for equal pricing among hospital outpatient facilities and physician-owned facilities. “It’s not equal today, by any stretch,” he said. For example, according to the report, Medicare pays $453 for a level II echocardiogram in an outpatient facility, versus $189 to a freestanding physician office.

Baker said this doesn’t mean Medicare will start paying the physician office more, it will lower what hospitals are paid. “This is going to have a huge impact, not just for imaging, but because imaging is such an important support ancillary service for the overall hospital profitability,” he said.

The problem is transparency. Or lackthereof, Baker said. “No one typically believes that transparency does them any good, no one wants to expose themselves,” he said. Without transparency, though, consumers can’t price compare or quality compare. Baker gave the example of scans done on high-end technology that could have been completed as accurately on a lower end model. “That’s inappropriate,” he said.

“We’ve done ourselves a disservice by not rallying ourselves around and defining quality for the radiologist or for the patient, the differences between equipment and differentiating what all of that means for the primary health provider or the ordering physician of the exam,” Baker said.

Transparency in health care may open up the market for a slew of other concerns, but until then, “quality is perception, and everyone’s perception is a little bit different based on your own situation,” Baker said.

3 Tips to Improve MR Safety with Implants and Devices 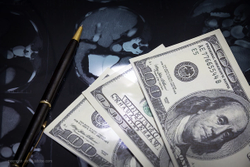 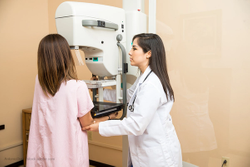 Stay Up to Date on Dense Breast Information