Breast cancer screening reduces mortality by 40% among 50- to 74-year-olds, according to a review published in the New England Journal of Medicine.

Researchers from the International Agency for Research on Cancer Handbook Working Group assessed the cancer-preventive and adverse effects of different methods of screening for breast cancer. They searched openly available scientific literature and found 11 randomized controlled trials and 40 observational studies, from which they determined the effects of various breast cancer screening methods. These included routine screening programs, which invite all women of a certain age to participate, and opportunistic screening services, which are available in countries that do not have set programs.

"This important analysis will hopefully reassure women around the world that breast screening with mammography saves lives,” Stephen Duffy, professor of cancer screening at the Wolfson Institute of Preventive Medicine in London, UK, and a member of the research team, said in a release. “The evidence proves breast screening is a vital tool in increasing early diagnosis of breast cancer and therefore reducing the number of deaths.”

"Despite evidence that mammography screening is effective, we still need to carry out further research on alternative screening methods, such as the promising 'digital breast tomosynthesis'; a newly developed form of 3D imaging which could potentially improve the accuracy of mammography in coping with more dense breast tissue,” Duffy noted.

"It is also vital we continue researching the most effective ways of screening women at high risk of breast cancer due to family history or genetic status. We need further evidence to fine-tune services offered to high risk women in terms of different screening methods, from an earlier age and possibly at shorter intervals." 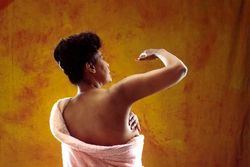 Q&A: What to Tell Women about Preventive Care