Career Changes and the Value of Perspective

Whether you are adjusting to a new venue, a new job, new coworkers or new software, patience and perseverance are key to adapting and excelling.

If you’re a long-term reader of this column with a stellar memory, you might recall that I’m a comic book fan. I appreciate the slew of Marvel and DC movies (and TV shows) in the past decade or two. However, I’m one of those guys who’ll share my views on how something on the screen differs from the way it was handled in print.

A common plot device involves Superhero X suffering a major reduction or complete removal of superpowers. Meanwhile, the world around the superhero, including his or her responsibilities, hasn’t changed a bit. How will the superhero cope? (Those unfamiliar with actual comics might think back on the 1980 movie Superman 2 for a classic example.)

I have had a few changes of venue in my radiological career and just began a new job last week. Sometimes, even without changing jobs, I have been dispatched to a new location or given new hardware/software to use. Almost every single time, I feel like I have just lost my powers and been reduced to a mere mortal, struggling to do what I used to as a matter of course.

It is not that I consider myself superhuman. I flatter myself that I’m good at my profession and that I have a strong work ethic to go with that. I am also a quick learner, adapt well to my surroundings, and can usually identify efficient methods of accomplishing goals, notwithstanding obstacles that may stand in the way.

Radiologically speaking, that means learning the ins and outs of whatever reading station I am given. There are the pre-set or programmable mouse buttons and keyboard shortcuts, voice commands, and clickable tools on my screens, including dropdown menus. I learn what can be customized and what I just have to learn to live with.

I also learn the larger work environment in which I am immersed. You learn what studies come from where. You learn the personality types of referrers. Who provides a reliable clinical history? Who can easily be reached to communicate findings? Who is open to discussion on modalities or imaging protocols other than what was initially ordered? Who’s an ornery cuss with none of these positive traits?

Similar learning happens regarding the folks in my own department. Which rads are good for consultation, and who is frequently going to be coming my way for a consult? Which techs are capable and reliable for getting things done well? Who tends to cut corners or routinely flubs the dub? Ditto for administration. Who is liable to fix problems and get things done when I need them done? Who is ineffective or downright malignant?

Departments, and even the facilities in which they dwell, sort of have personalities of their own to be learned. For instance, one may work within a hospital system where the surgeons rule the roost and freely use their power to get their way. There may be a hospital CEO who is nice enough in person but has no effective spine to get things done (think Commandant Lassard from Police Academy). A rad who fails to learn and adapt to such circumstances cedes the ability to navigate within them.

Most of these things are constantly changing and evolving, but it is usually a gradual process. Stay in the place long enough, and I get a decent sense of it. As time goes by and I come to learn all of the wrinkles, I transact within the place more and more capably. A few years, even a few months after I walk in the door (or remotely log on) for the first time, I’m operating on a far higher level than I once did. Compared to my first day mortal self, I have effectively grown superpowers.

I don’t really notice it along the way. Even if I have initial progress in leaps and bounds (for instance, doubling my RVU tally from day one to day 10), the longer-haul improvement is subtle. It’s like walking up a gentle slope over a course of miles and then finding myself at a cliff’s edge where the sudden drop illustrates just how high I have climbed.

In the comics, after a hero gets depowered, he or she typically discovers (or relearns) that those powers weren’t necessarily what defined the hero. After reeling from the jarring transition, the superhero confirms that his or her noble motivations, courage, etc. are all still there.

For me (and other rads who have experienced a return to mere-mortal status), that means recognizing that I can still learn new PACS/RIS systems and hardware rigs. I can still get to know the ins and outs of new rad groups and medical facilities to optimize my capabilities. I have done it multiple times before. The climb back up to clifftop heights can be a painful struggle and it will take time. However, there is little doubt I’ll get there, maybe even higher than before, with some perseverance.

One of the biggest challenges to deal with along the way is the severely humbling sense of “Gosh, I’m nowhere near the superhero I thought I was.” Being accustomed to superhumanity can make you feel like those powers were a part of you, and now they have been stripped away. It can be hard to remember that you’re still you and you were the one who achieved superpowers before through your own hard work.

Readers who have seen History of the World, Part 1 might remember Marcus Vindictus. When he approached the Roman Emperor, a servant of the court would repeatedly whisper in his ear: “Remember, thou art mortal! Remember, thou art mortal!” This is a nod to actual history, in which even triumphant generals would be urged not to forget their own fallibility.

Maybe I should get a cellphone app to occasionally flash me an alert to this effect or perhaps a Roman bobblehead to sit on my desktop between my telerad monitors.

It would be a useful reminder, one that might make the occasional cliff dive less of a rude awakening. 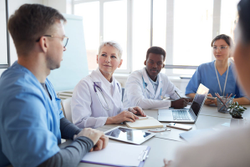 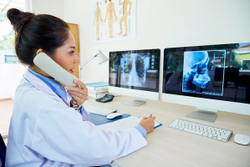