In a newly published study on contrast-enhanced mammography (CEM), researchers noted a greater likelihood of malignancy with mass enhancement on recombined images and low-energy findings.

In a retrospective review of 371 diagnostic CEM exams performed over a four-year period, researchers from the Beth Israel Deaconess Medical Center in Boston found that enhancement on CEM studies had a sensitivity rate of 95 percent and a negative predictive value (NPV) of 97 percent. Out of the 190 CEM studies that revealed enhancing lesions, the study authors noted that 59 percent of patients with associated low-energy findings had malignancy in comparison to 26 percent of patients who did not have low-energy findings.

The researchers found that the combination of mass enhancement and low-energy findings accounted for 71 percent of all malignancies in the study with a reported positive predictive value (PPV) of 63 percent.

“The high sensitivity and NPV found in our study suggest CEM could be a powerful tool even in a diagnostic patient population (in which) the incidence of cancer is higher,” wrote Jordana Phillips, MD, who is affiliated with the Department of Radiology at the Beth Israel Deaconess Medical Center in Boston, and colleagues.

Phillips and colleagues pointed out that similar to findings from other studies, they did see malignancies emerge with calcifications without enhancement. While emphasizing that enhancement should not be utilized as a sole criterion for determining whether calcifications are malignant or not, the study authors said enhancement type and any associated low-energy findings are key factors.

For the assessment of lesions on recombined images, the study authors employed the BI-RADS classification system verbiage developed for magnetic resonance imaging (MRI), according to the study. Noting an 84 percent interreader agreement between the three breast radiologist reviewers of the study data and that the enhancement type distribution for malignancies was similar to reporting from previously published MRI studies, Phillips and colleagues suggested that that the BI-RADS MRI classification verbiage could serve as “a reasonable foundation for the new CEM BI-RADS.”

In regard to study limitations, the authors noted that it was retrospective research drawing data from one academic facility. They acknowledged that extrapolation of the study findings is limited as the practice pattern at the facility was to utilize CEM as a follow-up measure for patients who had suspicious findings on screening breast exams. Pointing to a limited number of exams in the study that involved recombined-only images and low energy, the researchers also noted the need for a larger data set in future studies. 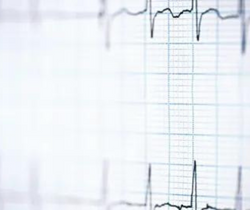