MR imaging can be used for many applications in oncology. Its main roles in cancer imaging are determining locoregional tumor extent, characterizing tumors, and monitoring treatment. MRI, like CT, relies on morphological criteria for lesion differentiation. This reliance, however, can make it difficult to detect small cancerous deposits and to differentiate tumor recurrence from treatment-induced tissue changes.

Although differences in signal intensity on T1- and T2-weighted sequences help lesion differentiationin hepatic lesions, for exampledefinite tissue characterization based on these sequences alone is often not possible.1 Administration of a contrast agent frequently improves lesion conspicuity and characterization, but the resulting increase in sensitivity sometimes comes at the cost of specificity. In cases of hepatic cirrhosis, for example, it can be difficult to differentiate between benign and malignant nodules that enhance in the arterial phase.2 Otherwise, gadolinium-based contrast agents have only a minor impact on nodal staging.

Tissue-specific MRI contrast agents, such as ultrasmall superparamagnetic iron oxide (USPIO) particles, can increase the accuracy of lymph node imaging. Macrophages in normal lymph nodes accumulate iron, which can be readily detected on gradient-echo images. Tumoral tissue does not accumulate iron in this manner, and USPIO-enhanced MRI may therefore improve the distinction between benign and malignant lymph nodes.3 This application is not yet applicable for routine clinical use, however, because of the limited commercial availability of USPIO contrast.

Fluorine-18 FDG-PET provides additional information to that acquired from morphological imaging. It has benefits for nodal staging and treatment follow-up in selected indications, such as lung cancer and lymphoma, but low spatial resolution and difficulties in differentiating tumoral tissue from inflammatory changes lessen the accuracy of this technique.4,5

Diffusion-weighted MRI uses changes to water mobility in tissue microstructure to characterize the tissue.6 Signal intensity in diffusion-weighted sequences depends on the response of water molecules to two equally large, but opposite, gradient pulses. The two gradients are applied with an additional 180° radiofrequency pulse in between, so that they have opposite effects on the water molecules.

The signal loss is quantified using the apparent diffusion coefficient, which has an inverse correlation with tissue cellularity. A high level of intratissue cellularity leads to a decrease in extracellular extravascular space, a restriction of free water movement, and a low ADC.

This is the case for most malignant tumors. Most benign lesions and necrotic areas have low intratissue cellularity. The extracellular extravascular space is increased, facilitating free water movement and leading to a high ADC.

Diffusion-weighted MRI is most frequently based on echo-planar imaging sequences. The inherent rapidity of EPI sequences permits fast scanning but allows also for a substantially shorter echo time, improving the signal-to-noise ratio.

The main disadvantage of this gradient-based sequence is its sensitivity for susceptibility and fat-shift artifacting, especially when air-tissue interfaces are present. The subsequent image distortion and loss of SNR can lead to nondiagnostic image quality. These shortcomings can be overcome relatively easily by combining dedicated coils, parallel imaging, and dedicated shimming. This allows diffusion-weighted MRI to be performed in clinically acceptable scanning times over anatomical volumes sufficient to be clinically useful.8

Turbo spin-echo-based diffusion-weighted MRI offers an alternative to EPI because it is unaffected by susceptibility artifacts. Long scan times and low SNR currently prohibit its routine use in body imaging, however.

Diffusion-weighted MRI can be performed either as a breath-hold sequence, with respiratory triggering, or with free breathing. Which to choose is a matter for debate. We prefer to use a free breathing sequence for head and neck, abdominal, and full-body imaging.9,10 The gain in time is considerable, allowing us to increase the covered volume and number of applied b-values, while the slice thickness can be decreased.

B-value strengths usually range from 0 to 1000 sec/mm2, from which ADC is automatically calculated. A higher number of b-values improves the accuracy of ADC calculation and minimizes the influence of movement and noise propagation and, in our experience, also reduces the risk of lesion misregistration. Lesions as small as 4 to 5 mm in diameter can be detected and characterized.11

The technical parameters selected will be determined by the clinical purpose. If detection of suspicious lesions is all that is neededin whole-body imaging, for exampleDW-MRI can be performed with a limited number of b-values. Lesion characterization in a highly demanding region, such as the head and neck, typically requires a higher number of b-values to achieve diagnostically acceptable image quality.

A dedicated abdominal or head and neck diffusion-weighted MRI sequenceperformed on a 1.5T system with 30 slices, 5-mm slice thickness, and six b-values ranging from 0 to 1000 sec/mm2typically takes five to six minutes. Reducing the number of b-values to three, which is usually sufficient for routine abdominal imaging, allows the scanning time to be halved. Thin-slice imaging remains possible.

Diffusion-weighted MRI does not require contrast agents and does not expose patients to ionizing radiation, unlike other biological imaging methods. Images can be correlated directly with conventional MRI so that any abnormalities observed can be localized immediately.

• Head and neck imaging. The most common head and neck tumor is squamous cell carcinoma. Primary treatment options for this cancer are chemoradiotherapy or surgery. In the pretreatment setting, the localization and extent of the primary tumor is well defined by conventional imaging modalities. Problems arise when using morphological criteria for nodal staging. The detection of metastases in nodes smaller than 10 mm and the differentiation of enlarged metastases from inflammatory lymph nodes can be difficult. This is where diffusion-weighted MRI can help. Studies have shown that it has higher sensitivity and specificity than morphological imaging for staging neck lymph nodes.12,13

As a unilateral neck dissection is often performed during surgery for head and neck cancer, CT usually provides enough information to stage cancers of the neck. Diffusion-weighted MRI is more likely to have a complementary role in selected patient groups, due to its high sensitivity and high negative predictive value. The technique may, for example, improve the detection of contralateral metastases in patients presenting with a tumor close to the midline. It may also help to identify patients eligible for limited neck dissection by excluding the presence of skip metastases.

Diffusion-weighted MRI could additionally be of interest for radiotherapy treatment planning. Improved detection of nodal metastases may lead to a closer conformity between the radiation target volume and the anatomical tumor extent, potentially decreasing treatment-induced side effects.

Diffusion-weighted MRI can be used as an adjunct to conventional modalities for post-treatment imaging, owing to its accuracy in differentiating inflammation, necrosis, and tumoral tissue (Figure 1). Studies suggest that the technique may be able to discriminate between tumoral recurrence and inflammation better than FDG-PET.11,14 It can, additionally, help characterize post-treatment tissue masses, ulcers, or enlarged lymph nodes. Because diffusion-weighted MRI has a high negative predictive value, it may eliminate the need for invasive diagnostic procedures or surgery. Unnecessary interventions may thus be avoided.

Research into the value of diffusion-weighted MRI, during and shortly after radiotherapy, as a predictive marker of treatment success is ongoing. Investigators are seeking a correlation between changes observed on diffusion-weighted MRI and radiation-induced changes. Such a link would make it feasible to adjust ongoing radiotherapy regimes to individual patients' needs.

Compared with gadolinium-enhanced sequences, imaging with b-values ranging from 500 to 1000 sec/mm2 improves the detection of small nodal metastases and tumoral deposits in the peritoneum, bowel serosa, omentum, and mesentery. Suppression of high signal from intrahepatic vessels improves the conspicuity of small hepatic metastases close to large vessels.15

Focal liver lesions can be characterized from differences in ADC.16 Malignant lesions such as hepatic cellular carcinoma and metastases generally have a significantly lower ADC than benign lesions.17 Diffusion-weighted MRI can lead to a sensitivity of 97% and a specificity of 85% for the detection of malignant hepatic lesions.

DW-MRI is also useful in the differentiation of hepatic lesions with equivocal findings on gadolinium-enhanced MRI. In our experience, the number of patients requiring repeat imaging examinations to exclude possible malignancy has decreased following adoption of this approach. The combination of gadolinium-enhanced MRI and diffusion-weighted MRI improves the characterization of hepatic lesions that produce contradictory results on PET/CTfor example, necrotic metastases with a low metabolic profile (Figure 3).

The highly vascular and hypercellular nature of small pancreatic and intestinal neuroendocrine tumors means that they can be depicted easily on diffusion-weighted MRI.

A native diffusion-weighted MRI study of a suspected neuroendocrine tumor, as identified by nuclear imaging, will have a high contrast ratio between tumor and tissue, similar to that observed for other solid gastrointestinal tumors.15 This may provide surgeons with a better anatomical map than conventional MRI or CT (Figure 4).

Diffusion-weighted MRI is increasingly attracting attention as a marker for early follow-up after the nonsurgical treatment of abdominal tumors. Evidence suggests that changes to ADC measured shortly after therapy can predict how rectal cancer and metastases from breast cancer and colorectal carcinoma will respond to that treatment.16 A clear correlation between ADC changes and tumor response to cytotoxic agents may help to increase treatment efficacy. Unnecessary toxicity may be reduced if treatment regimens can be modulated at an early stage.

The potential prognostic significance of treatment-induced ADC changes may be of particular interest in situations in which treatment is not expected to produce a significant change in lesion diameter. Examples of this scenario include the chemoembolization of hepatic cellular carcinoma and systemic vascular targeted therapy (Figure 5).18,19

A FUTURE FOR DIFFUSION?

For certain indications, such as head and neck cancer and hepatobiliary and pancreatic lesions, images should be acquired with a high spatial resolution so that anatomical landmarks can be established. Other tumor types may benefit from whole-body diffusion-weighted MRI, which promises to provide a comprehensive assessment of both locoregional and distant tumoral spread. Likely candidates for this type of study are tumors with a high likelihood of early metastatic spread, such as lung cancer, and neoplasms that often occur as a systemic disease, such as lymphoma.10,20

Diffusion-weighted MRI offers a novel approach to oncological imaging. Its focus on water mobility yields complementary information to anatomy-based imaging techniques. The technique is relatively easy to integrate into standard imaging protocols, and it is gradually maturing into clinical applications. 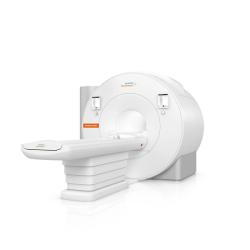