Employee or Independent Contractor: What is the Most Tax-Friendly Path in Radiology?

Weighing the pros and cons of W2 versus 1099 status, this author discusses the potential impact on retained earnings in radiology, retirement savings and the stress of April 15 and quarterly estimated tax payments.

I recently rejoined the ranks of the employed and it feels pretty great.

I mean that in a couple of ways. In blogs of recent months, I have written about having an unwanted vacation when there was a severe ransomware situation at my last teleradiology job. My livelihood effectively came to a crashing halt. Between hoping for that job to pull itself back together, accepting that it wouldn’t soon do so, seeking/applying for new gigs, and credentialing for the one I chose, I had a few months of uncomfortably living off savings and finding other ways to occupy my mind. I am glad that is over with.

Now I am an actual employee again. Prior to my current gig, I worked as an independent contractor since 2011. For those preferring their financial/regulatory terms expressed in alphanumeric form, that means I am now W-2 instead of 1099.

There is one thing I have noticed about physicians: They are generally not kind to one another when it comes to talking about financial matters. Plenty of non-docs out there fit this bill too but it seems disproportionately common within our ranks. When you talk about anything money-related — investments, dealing with debt, and of course how to manage your income/taxes — if a fellow doc offers an opinion, it’s almost sure to come with a tone of “Dummy! You’re doing it wrong.”

From everything I have seen and heard, a doc who has the choice can usually retain more earnings and land in a better spot by going 1099. Even without an exhaustive knowledge of the ins and outs of the system and just relying on the savvy of my well-paid accountant, I lost much less in taxes and stashed away more for retirement in the past decade than I would have if I had been W-2.

That said, the wrinkles of independent contractor life did not suit me. It is not worth getting into the details but suffice to say that springtime tended to be a stressful financial crunch as April 15, quarterly estimated tax payments, and annual retirement account contributions ganged up on me.

I was never in real danger of coming up short. (Even if I had, the actual amount of extra taxes, interest, and penalties at stake would have been trivial.) That said, I can be a worrier. It’s a trait that one might argue is adaptive. After all, I have written before about how our professional role is to worry about pathology. After the fact, I can look back and identify all sorts of ways where fretting about this or that prompted me to take disaster-averting action. However, peace of mind can take a hit in the process.

This spring, by contrast, was the first in quite some time when taxes stopped weighing on my mind the moment I completed my return in April. Indeed, I looked forward to a substantial refund on account of having zero income for the last chunk of 2021. This was much nicer than semi-dreading having to make a second “quarterly” estimated tax payment in June even though that is only two months (not a quarter of the year!) after the first was due in April. For the past decade, I would nervously eyeball my bank account for those two months, making sure none of my spending risked leaving less than I would imminently have to fork over to the government.

Granted, it was a jarring experience to see the first pay stub of my new job with nearly half my earnings withheld, something I had not experienced since 2011. But even that was tempered by the vague, reassuring knowledge of the raft of benefits I was once again receiving as an employee, including more than a couple of safety nets that I had chosen not to pay for as a contractor.

Not everybody gets to choose W-2 or 1099 for a living so it has been interesting to work as a radiologist on both sides of that coin. Back in 2011, when I first went into teleradiology, I had to be 1099. That was just the way the teleradiology company did things. The next rad group I joined left it up to me but the deal they offered as a 1099 was better than the one they had for W-2 in my estimation. This year, my new gig’s W-2 option was the winner.

Imagining a scenario in which a rad had W-2/1099 options that were perfectly balanced, where neither selection offered an objective benefit over the other. Then it would be a matter of individual temperament. Prior to living through multiple years of 1099 life, I couldn’t have known that it wouldn’t suit me. My accountant explained things well enough at the time, but you just have to live through some things to fully understand how they will resonate with you or fail to do so.

If I could advise my 2010 self, I probably wouldn’t have told him to do anything differently. The 1099/teleradiology path turned out pretty darn well for me. However, it might have been nicer to learn from others’ experiences rather than finding it all out for myself. I already had plenty of experience as an employee but I could probably have benefited from talking to a couple of rads who had lived as contractors already: ideally one who liked it and another who preferred W-2 status. 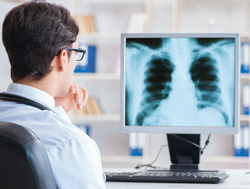 A Closer Look at Lies of Omission in Radiology 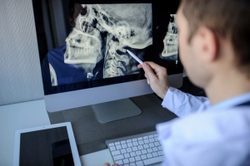 Are the Best Radiologists Suckers?

What is Your Radiology Delta?