Retention rates are higher, but clinical impact could be low.

The patient’s brain and bones hold on to much higher levels of linear gadolinium-based contrast agents (GBCAs) than macrocyclic contrasts.

Even though GBCAs are used widely with patients, there is little known about how it is retained in and eliminated from the body. In a study published June 15 in Radiology, a team of investigators from the University of Washington in Seattle shared their data that compared retention and elimination rates between GBCAs and macrocyclic contrasts.

Specifically, they said, linear GBCAs (gadobenate dimeglumine) has retention rates of 2.9-to-6.5 times higher in the brain, bone, and skin than macrocyclic (gadoteridol).

“This study provides direct evidence that the linear agent gadobenate dimeglumine is retained at several-fold higher levels of gadolinium in the brain and bone compared with the macrocycle agent gadoteridol,” said Masahiro Kobayashi, M.D., from the University of Washington’s radiology department.

To reach this conclusion, they conducted a retrospective study from August 2014 to July 2019 and examined 28 cadavers that had received one or more gadoteridol dose and nine cadavers that had been exposed to gadobenate dimeglumine.

Using inductively coupled plasma mass spectrometry, the team assessed gadolinium levels in the brain, skin, and bone, and they compared gadolinium retention between agents. They also estimated elimination rates of retained gadolinium based on time between last injection and death.

According to their evaluation, they determined that, compared to gadoteridol, gadobenate dimeglumine had higher median retention rates in the brain (3-to-6.5 times higher), bone (4.4-times higher), and skin (2.9-times higher). In addition, they identified “non-zero” gadolinium elimination from the skin and white matter.

Despite these higher levels, though, Michael F. Tweedle, Ph.D., Stefanie Spielman professor of cancer imaging in The Ohio State University and James Comprehensive Cancer Center, said the clinical impact of retention is low. Intact GBCAs are unlikely to cause long-term toxic impacts, and gadolinium ion deposits are equally as unlikely to cause negative effects, particularly in patient who have normal kidney function.

Still, he said in an accompanying editorial, more research is needed so radiologists continue to get a better understanding of how gadolinium functions on the body and the effects it has.

“Radiologists and patients need reassurance on the ultimate safety of the use of contrast agents to properly manage the risks and benefits, as is done every day for the use of ionizing radiation,” he said. 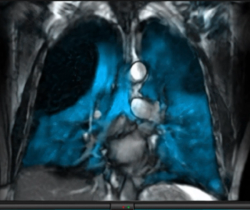 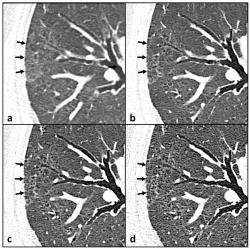