It Seemed to Make Sense at the Time

Sometimes autopilot can be the protector of critical thinking and decision making.

Last week, I dreamed I was back in residency, at a bar not far from the hospital with one of my year-mates. He alerted me that there was an underage customer in the place. I don’t know why that was an issue I needed to address, but it seemed to make sense at the time, so I drifted over to the guy.

Underage or not, he was pretty darned massive. Stature proclaimed him to be a major fixture on a football team or something similar. He didn’t look underage to me—and, writing this now, I wonder how my residency-mate was supposed to have figured out that he was. Well, it seemed to make sense at the time.

Turned out he didn’t even claim to be of age. Rather, he purportedly had a duplicated radial artery, and somehow that made him exempt from drinking-age law. Maybe the thinking was that greater blood-flow would diminish the effect of alcohol on him? I’m not sure that my dreaming mind bothered with this explanation; it just seemed to make sense at the time. I reached out to palpate the extra pulse and confirm his story.

Even his wrist was massive, and finding a pulse wasn’t easy. It seemed to me that the extra vessel would be in the medial aspect of the wrist; evidently in my dream I had completely forgotten that a normal ulnar artery would be in that neighborhood. As far as I was concerned, if I felt a pulse there his story would hold up, and I’d be done.

In addition to the size of his wrist, I met resistance from the guy himself: He would not stay still. Every time I thought I might be on the verge of feeling something, he’d fidget or otherwise reposition, always with a not-quite-sincere apology which increasingly made his behavior seem a deliberate attempt to hide that there was no such duplicated vessel.

Fortunately, before I could get frustrated and/or make the guy angry, I woke up. The first thought in my mind was, of course that’s where the ulnar artery should have been. How on earth could I have forgotten such a basic thing in my dream? And, as my conscious mind came further online, all of the other items from the dream that seemed to make sense at the time now, in rapid succession, presented themselves. As if I’d just finished a movie and was now realizing all of the plot-holes in it.

Of course, that’s how dreams work: We accept the vast majority of the impossible, inconsistent, and unrealistic things conjured up by our minds, because otherwise we’d realize we were dreaming and the spell would be broken. The critical-thinking part of our brain is turned off. Things just seem to make sense as they happen, so we don’t question them (unless the dream’s plot requires that we do). I accepted each of the “wrong” things above in the same way I’d accepted another dream from earlier that night, in which I strolled out my front door to encounter a coterie of bald eagles who happily ate birdseed out of my palm.

Thank goodness we have our critical thinking 100 percent intact while we’re awake, and dealing with the consequential stuff, right? Right?

Wrong, unfortunately. True, we have access to our critical thinking, but it’s not in play full-time. In actuality, we’re usually flying on autopilot. Doing things by rote or immediately reacting to a situation with the only behavior that seems to make sense at the time. It’s just more efficient, and, thus, the way we’re built.

For instance, in the first 15-to-20 minutes after I woke from the dream mentioned above, while it was turning over in my mind, I did my standard waking-up-for-work routine. Hit the bathroom, put on some clothing, trudge downstairs, feed the critters, fix my coffee and “breakfast” shake, etc. I probably didn’t have a single critical thought about any of those behaviors which I’d done hundreds of times before (thousands, if you count before I lived in this particular house with these particular pets).

If I had devoted any serious thought to these rote behaviors, it would have slowed me down substantially, possibly interfering with my otherwise-efficient flow of moving hither and yon to fetch cans, utensils, etc. Further, as I’ve mentioned in previous columns, the brain is a lazy thing, conserving energy whenever it can…and actively thinking burns more than relatively-mindless rote behavior.

A little experiment: Try going about some of your daily stuff, actively thinking about every little thing you do. Let nothing be a mindless, mechanical action; concentrate on how and why you’re performing every little aspect. You might be surprised how fast it mentally exhausts you, and/or you “accidentally” lapse back into doing things on autopilot. Especially if you multi-task, which heavily depends on not really thinking. Or if you’re attentive to intrusive stimuli: Was that the phone ringing? Someone saying your name in the next room?

It’s not a bad thing to act on autopilot; indeed, in some settings it’s the most adaptive way to be. Do you think our ancestors devoted much contemplative thought when a saber-tooth tiger was attacking? Or did they immediately go into fight-or-flight mode?

Far removed, but still adaptive: How diagnostically thorough and productive would a rad be at reading a pile of scans if she or he hadn’t developed “search patterns” and memorized a bunch of normal values and diagnostic decision-making trees? The rad doesn’t actively think through each point every single time he goes through a case. As complex and specialized as it all is, there’s still usually an autopilot at the helm.

Such efficient behaviors on which we so depend can feel awfully similar to other shortcuts: Competent diagnostic decision-making can properly “seem to make sense at the time” with the same subjective feel as improperly skipping over review of multi-planar reconstructions because the axial images appeared straightforward enough.

Especially if the situation is full of other demands on our lazy/overtaxed brains: burgeoning work lists, a dwindling workday, constantly-ringing phones, etc. To say nothing of emotional factors which can impair critical thinking if not outright skew it. Annoyed over something said or done by a referrer, or a leader of your rad group? Semi-euphoric over a bit of good news you just heard? The autopilot is even more eager to take the controls while you dwell on other things. 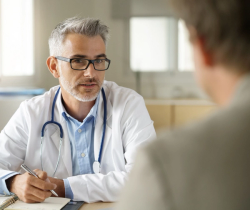