The radiologic technologists and sonographers have experienced changes during the viral outbreak.

When it comes to the COVID-19 pandemic, there are few people in radiology who simultaneously have had more of a direct impact on patients or who have taken a more front-line seat to the outbreak than the radiologic technologists and sonographers who work closely with patients every day.

This week – National Radiologic Technology Week® -- marks the centennial celebration for the American Society of Radiologic Technologists (ASRT), but it also serves as an opportunity to shine a spotlight on the providers who perform the thousands of X-ray, MRIs, CTs, mammograms, nuclear medicine, cardiac and vascular international, and ultrasound procedures on a weekly basis.

Since the beginning of the pandemic, the more than 340,000 radiologic technologists have conducted the chest X-rays, CT scans, and cardiac ultrasounds that have been critical to detecting and managing the progression of the virus. They are there to ensure proper ventilation placement, as well as to ensure the patients who need other services receive the best care possible.

But, this year has not been without its changes. In a recent study published in Journal of the American Society of Echocardiography, investigators from Mount Sinai Hospital took the first look at how the pandemic has impacted cardiac sonographers when they perform transthoracic echocardiograms (TTEs), a procedure that carries a significant infection risk.

Based on a survey conducted with 78 cardiac sonographers from 15 medical institutions throughout New York City from March 2020 to May 2020, the research team, led by Vaani P. Garg, M.D., cardiologist and assistant professor, found that 95 percent of sonographers were using N95 respirators during the height of the pandemic, surpassing the guidance from the Centers for Disease Control & Prevention (CDC) that said surgical facemasks were adequate for non-aerosol generating procedures.

Only 8 percent of cardiac sonographers reported having to rely on homemade cloth masks during that time, indicating their hospitals had a sufficient supply of personal protective equipment. But, only half reported using dedicated eye goggles.

However, fewer sonographers reported that additional measures were taken during the time to reduce the risk of viral transmission. For example, only 9 percent reported frequent use of plastic echocardiogram machine covers, and 11 percent said barriers were set up between patient and sonographer. Only 30 percent indicated they had used probe covers, and roughly 25 percent said they had not received enough disinfection training.

“These gaps, as elucidated by sonographers, are significant and merit attention toward practice modifications to reduce infectious risk and increase uniformity across labs,” Garg’s team said.

Alongside these protective efforts, however, the facilities did make several institutional changes that were intended to reduce risks. According to the surveyed sonographers, these alterations included:

“Screening of orders by cardiologists allowed preemptive reduction in the inherent risks posted by COVID-19 positive patients to each sonographer with each scan,” the team said. “Screening of all orders, as such, was a new practice during the surge.”

Putting these measures in place was important, particularly during the surge, the sonographers said, with more than half reporting that the TTEs performed yielded clinically significant information. 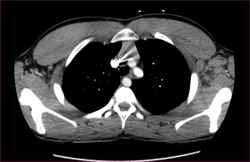