New guidelines suggesting that imaging not be routinely performed on patients who complain about uncomplicated headaches were recommended in 2012 as part of the Choosing Wisely® campaign. The campaign is an initiative of the American Board of Internal Medicine (ABIM) Foundation. The new guidelines also proposed that neuroimaging only be recommended for patients with stable headaches who present with localized neurological signs or symptoms. The ABIM worked with a number of professional organizations, including the American College of Radiology (ACR), to provide evidence-based recommendations that would reduce the use of imaging among certain groups of patients.

The campaign produces promotional materials for patients, which describe the rationale behind the recommendations. The neuroimaging material explains that, for most headaches, a thorough medical history and neurological examination is all that is usually required for an accurate diagnosis. “Adding a CT scan or MRI rarely shows why a headache occurs or helps you manage its symptoms,” the document says. “And research shows that for people with a normal medical history and neurological exam, imaging tests are unlikely to reveal a more serious underlying problem.”

The researchers suggested that had the new Choosing Wisely guidelines been followed for these patients, some may not have been diagnosed with brain tumors as early as they were, thus delaying treatment.

There is a need for protocols within the healthcare system to reduce the rate of unnecessary examinations, physicians agree. However, there is not yet a consensus on how to do this. “I think it’s a good idea for them to get some kind of protocol for headaches and neuroimaging of the brain,” Charles Park, MD, a neurosurgeon with Central Maryland Neurosurgical Associates, said in an interview with Diagnostic Imaging. “But I also agree that limited access to neuroimaging may miss a lot of pathology.”

Of course, there are certain types of headaches that warrant imaging because they are characteristic of patients with brain tumors, according to Park, such as headaches that are present upon waking in the morning. “This is a big red flag and if someone has that, I think they need to have neuroimaging right away.”

According to Choosing Wisely informational literature, patients with headaches who are worried that there may be a serious problem are encouraged to ask for imaging if their headaches fall into any of these categories:

• Different from other headaches they have had in the past, especially if the patient is 50 years or older

• Brought on by exertion

• Accompanied by fever, seizure, vomiting, a loss of coordination, or a change in vision, speech, or alertness

Limiting the use of radiologic imaging has two goals: reducing patient exposure to unnecessary tests and reducing costs. When discussing the issue of cost savings from such a protocol, Park wasn’t convinced that the high costs seen in health care are necessarily because of neuroimaging. “I think these patients have far more costs associated with their treatments, medications, and physical therapy, rather than just from neuroimaging alone,” he explained. “I think they should image the brain as soon as possible, earlier than later, because once you know there is no pathology in the brain, physicians can offer other treatment modalities.”

Early neurologic imaging may seem like defensive medicine, but there is much to be said about providing patients with peace of mind too, Park continued. “From a patient’s perspective, it really changes things to know that there is no more uncertainty about whether you have a deadly disease, and I think that is worth a lot.” 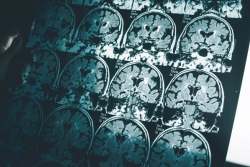