Vasa previa, a condition that affects approximately one in 2500 pregnancies, is almost always lethal. Adding vasa previa screening to current obstetrical ultrasound protocols could prevent mortality, according to an international group of researchers from Israel, the U.K., and the U.S. Their study was presented at the American Institute of Ultrasound in Medicine meeting in June.

The investigators compared outcomes and predictors of survival in 155 pregnancies complicated by vasa previa. They found that fetal survival depends primarily on prenatal diagnosis and cesarean delivery at 35 weeks' gestation or earlier if the case warrants the procedure.

"Prenatal diagnosis of vasa previa prevents mortality, and quite significantly so," said principal investigator Dr. Yinka Oyelese, an obstetrician/gynecologist at the University of Medicine and Dentistry of New Jersey. "I can't think of any other condition diagnosed prenatally having such a great impact on survival."

Vasa previa occurs when fetal vessels that are unsupported by either the placenta or the umbilical cord pass through membranes over the cervix. When these membranes are ruptured, generally at delivery, the fetus may bleed to death.

In the study by Oyelese and colleagues, 97% of infants (59/61) from prenatally diagnosed vasa previa pregnancies survived, compared with 44% (41/94) of those not diagnosed prenatally. Only two infants with prenatal diagnosis required blood transfusions, compared with 24 of the surviving neonates born to women in whom the condition had not been diagnosed.

According to a multivariable logistic regression analysis, the only significant predictors of neonatal survival were prenatal diagnosis (p

The study validates previous findings that showed the prenatal diagnosis of vasa previa to be feasible. Nomiyama et al found that ultrasound could locate the umbilical cord insertion into the placenta in 666 women, and the group diagnosed three vasa previa cases (Ultrasound Obstet Gynecol 1998;12:426-429).

Not all vasa previa cases can be recognized on sonography, however. Abdominal wall scarring, obesity, or an incompletely filled bladder may block the visualization of cord-placenta insertions or vessels over the cervix. MR imaging can also diagnose the condition, Oyelese said.

The study suggests an association between vasa previa and second-trimester low-lying placenta or placenta previa. The clinical literature includes other risk factors, such as in vitro fertilization, bilobed placenta, painless bleeding, previous uterine surgery, and velamentous insertion of the umbilical cord. Further studies should solidly establish these correlations. Women in these risk groups should consider routine transvaginal color Doppler sonography of the region over the cervix if vasa previa cannot be excluded by transabdominal sonography, Oyelese said.

The basic screening guidelines published by the American Institute of Ultrasound in Medicine and the American College of Radiology do not recognize vasa previa. From a practical standpoint, however, physicians should be aware of this condition's sonographic clues, which they may encounter while performing gray-scale scanning and can confirm with color Doppler, Lee said. 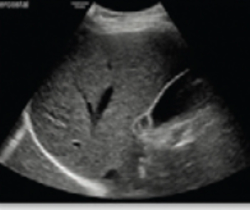 Can Deep Learning Enhance Ultrasound Assessment of Hepatic Steatosis in Patients with NAFLD? 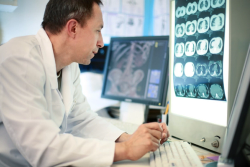