Radiology Education Changes with the Times

Radiology education has changed forms many times over the decades, and now those alterations are affecting the way residents and some practicing providers are operating clinically.

According to Robert Zimmerman, MD, a neuroradiologist at Weill Cornell Medicine and New York-Presbyterian and presenter at this year’s American Society of Neuroradiology annual meeting in Vancouver, the more fast-paced, technology-based nature of education and training is making the difference.

“This has been a theme in our field. We used to evaluate and assess people once, then we evaluated and assessed them periodically,” he said. “And, now we assess and evaluate continuously.”

The changes in the radiology certification exams highlight this shift - the written third-year exam and oral fourth-year exams have been replaced by computer-based testing.

And, it’s that expanded use of computers that is shifting daily practice. Now, instead of stopping and asking attendees about cases they’ve never encountered or don’t understand, residents are taking matters into their own hands and searching for answers online, Zimmerman said. Increasingly, they’re using websites, such as Rad Primer and Radiology Assistant, to look up similar cases and learn about them in real-time.

But this strategy does have its detractors, he said. Some providers consider relying on the internet for guidance with complex causes to be a shallow form of learning.

“Many think that if you have to ask a question, look it up, and learn about the image that way, then you’re not developing in-depth knowledge about processes in general,” he said. “It used to be that we would learn from lectures and books.”

However, that doesn’t appear to be the most efficient and effective way for millennials-today’s residents-to learn. Consequently, he said, it might be time for radiology to cater to how a new generation of providers develops its in-depth knowledge.

“The idea is, by and large, a good one,” he said. “It’s dynamic, and it compels us to look things up right away.”

There are challenges to continuing this strategy both in education and in clinical practice, though. If you work in a practice or department that carries a heavy patient load, requiring you to read a large number of cases daily, you might not have the time to stop and investigate cases on the internet. In those circumstances, it might still be faster to query an attending physician or a more-experienced colleague for input.

In addition, you must work in an environment where the culture supports the use of internet-based tools to further your knowledge base.

Even though the challenges exist, Zimmerman said he hopes to see the practice expand.

“My hope is when residents finish training they’ll continue to do the same thing-they’ll see things they don’t know and they’ll look it up,” he said. “We’re moving toward a continuous process of learning and evaluating and testing and learning.” 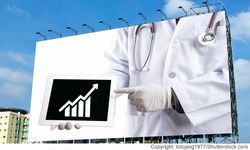 Improve Your Marketing: Talk to Your Patients 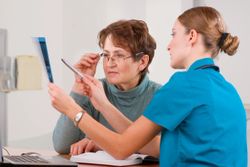 What is the Value of Radiology? 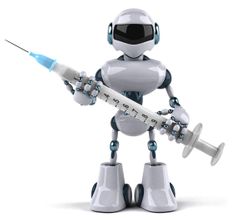