Researchers are calling for both legislation and public awareness to curb the magnitude and severity of injuries to children from accidents on all-terrain vehicles after compiling the largest series of imaging findings in children suffering ATV injuries.

Researchers are calling for both legislation and public awareness to curb the magnitude and severity of injuries to children from accidents on all-terrain vehicles after compiling the largest series of imaging findings in children suffering ATV injuries.While the legislative route may take years, parents can be educated now. They do not necessarily realize the possible injuries to their children from ATV accidents, Dr. Chetan C. Shah told Diagnostic Imaging."Our experience shows that children's use of ATVs is dangerous and should be restricted," said Shah, a radiology fellow at the University of Arkansas for Medical Sciences and Arkansas Children's Hospital in Little Rock.Shah and colleagues sought to identify injury patterns in children involved in ATV accidents and correlate them with outcomes. They reviewed the records of 500 consecutive children admitted to Arkansas Children's Hospital following ATV accidents. The children ranged in age from six months to 19 years (mean age 11.5 years) and included 345 boys and 155 girls.Shah presented the study at a press conference on Monday at the RSNA meeting.Head injuries included 85 skull fractures, 66 cases of hemorrhage, and 59 brain traumas. All were significantly associated with each other. Five of the six fatalities had head injuries.Orbital fractures detected by CT were present in 40 children and significantly associated with brain injury. Nonorbital facial fractures were not associated with brain injury, but the finding was not significant.Spinal injuries included 21 spinal fractures and five spinal cord injuries. The lung was the most frequently injured torso organ, with pulmonary contusions present in 36 children. Hemo/pneumothorax and chest wall fractures were significantly associated with chest contusions. Three children with pulmonary contusions and pneumothoraces died.Injuries to the spleen, liver, kidneys, or pancreas were found in 70 children. Multiorgan torso injuries were common. Some two dozen patients with spleen contusions had associated injuries either in the chest, kidneys, pancreas, or liver.Extremity fractures occurred in 208 children, with broken legs being the most common. Lower extremity fractures were associated with long-term disability. There were 12 amputations, including nine partial foot amputations, one upper limb amputation, and one below-knee amputation.There were six fatalities and several cases of long-term disability. The fatalities represent only the children who died at the hospital, not those who died at the accident site.ATVs can weigh up to 600 pounds and travel up to 75 miles per hour. While the American Academy of Pediatrics recommends that children under the age of 16 be prohibited from operating ATVs, no laws are in place in most states. ATV accidents are seldom reported because the vehicles are unlicensed and typically operated off-road or on private land, Shah said.According to the Consumer Product Safety Commission, ATV-related injuries in children under the age of 16 more than doubled from 1995 to 2005, with 40,400 children treated in hospital emergency rooms nationwide in 2005. This figure represents nearly one-third of all ATV-related injuries treated that year. Child fatalities resulting from ATV accidents have also nearly doubled since 1995, with 120 reported deaths in 2005."There is nothing 'recreational' about a trip to the emergency room," Shah said.The youngest patient in the study was a six-month-old infant whose thigh bone fractured while he was riding with his mother. Researchers concluded that head, torso, and extremity injuries are common in children suffering ATV injuries. Cranial and orbital fractures are associated with brain injuries and extra-axial hemorrhage. Torso injuries frequently involve multiple organs. Extremity fractures are the most common radiographically detected injuries, and lower extremity fractures are associated with long-term disability.

X-ray of 27-month-old girl's foot shows four broken toes, which occurred as a result of an all-terrain vehicle accident. (Provided by C. Shah) 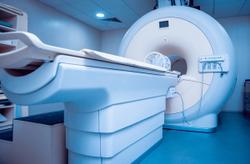 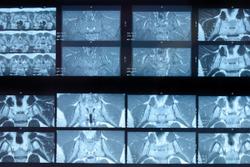