Case History: A patient in her 7th decade of life presented with a right lateral thigh mass.The lump had been present for several months and increasing in size and tenderness. The patient had a history of multiple intramuscular antibiotic injections in the lateral thigh, near the location of the mass one year prior.

The lump had been present for several months and was increasing in size and tenderness.

Figure 3. An X-ray of the right thigh showed a heterotopic calcification lateral to the right femur.

Myositis ossificans is a bone growth that forms in large muscle, most commonly the thigh. 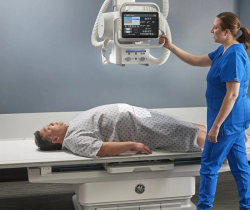 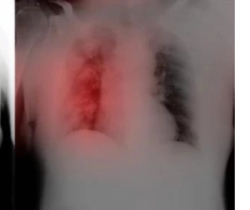