Who’s Got Your Back?

A cautionary tale of putting too much trust in your employer.

Let’s spin the calendar back to 2011. The radiology job-market is lousy, and I’m bailing out of a dead-end position in a private practice whose promises of partnership turned out to be decidedly empty.

I decide to try my hand at telerad, since the job market in my neck of the woods is always worse than it is elsewhere, and I’m not willing/able to relocate. I send out my inquiries, some going further than others. Eventually, I’m sitting in the offices of the outfit that I’ll ultimately join for the next 7-plus years, going through their interview/tour process.

Anybody who’s read this column in previous years will recall my views on having worked with said outfit. And that, once upon a time, I had some good things to say about it.

Back to 2011, though: At one point in the interview-visit, I’m sitting in a room with their legal guy. When I have a chance to ask my questions, I inquire about the sort of medmal coverage they give their rads. I had some level of awareness that medmal policies differed in their “consent” clauses. That is, not all policies allow the covered doc to be in the driver’s seat when it comes to deciding whether to fight/defend cases or to settle them so they go away.

It’s a voluminous subject that can’t be done justice here. Suffice to say that I wouldn’t want to be “covered” by a policy that could decide to settle a meritless case on my behalf just because the insurer figured it would cost more to pay its lawyers to defend me. Effectively, putting a price-tag on my reputation as a professional, and being able to sell me out whenever expedient.

I reiterate: It’s 2011, and the job-market is lousy. So, when the lawyer confirms that, yes, their policy allows them to settle cases without consent of the rads involved, I don’t have much faith that I’m going to find a better gig elsewhere anytime soon.

The lawyer also spins the following yarn, which sounds reasonable enough for me to believe at the time and for a number of years subsequent: The telerad entity takes on the task of licensing and credentialing its rads. That’s a bigger task for each time a given rad has a settled case listed with the NPDB (National Practitioner Data Bank). Thus, whenever a case looks worthy of settlement, the telerad tries to have the plaintiff accept a settlement in the name of the corporation, not the radiologist. The doc’s name is dropped from the case, the plaintiff gets his blood-money, and the NPDB never need hear about the rad.

The lawyer adds that, even in cases where the radiologist has left for another gig, it’s still in the company’s interest to do this: Radiology is a small world. It’s not unheard of for a rad who left to come back and work with them again, at which point the company is once again going to be handling the doc’s licensing and credentialing. Still a simpler affair if the doc has little or no record with the NPDB.

More from the author: Summer’s Over, Now What?

I said I believed this story for a number of years subsequent. It now being 2019 and my chat with this lawyer having occurred in 2011, that number is 8.

It’s entirely possible that other rads who worked with this telerad company, current and former, have had events play out precisely as the lawyer said. I have no way of knowing that. All I know is that a nuisance-suit which started during my time with them, 5 years ago, just got settled. I found out this past week, when the lawyer handling my case phoned me to tell me the settlement occurred the week before.

This came as quite the surprise, since just a few weeks earlier, our previous conversations had been good ones. We had a strong case, worth fighting to the last extremity, and the legal folks were happy that I was committed to defending my good name. Not a word had been said, then or in previous months/years, about a reason why we might want to settle.

Still reeling from learning that this decision had been made without my involvement, let alone input, I asked about whether the mechanism put forth by that lawyer, back during our conversation in 2011, would be utilized to avoid my being listed with the NPDB. Their hands were tied, I believe was the precise phrasing of the response. Whether or not they might have been tied if they’d done me the courtesy of talking to me about settling before they pulled the trigger, of course, I’ll never know.

Might I also have had the option, upon hearing that I was about to be sold out, to retain my own lawyer, paid by and therefore loyal to me, not the telerad? I will also never know whether that could have occurred.

This column, when first conceived, was going to be a pretty good rant. I’ve tried to steer it more in the direction of a cautionary tale, one directed at rads who maybe don’t know about the wrinkles of “no-consent” medmal insurance and might educate themselves. But, more importantly, at rads who are contemplating getting in bed with some of these big, corporate entities (not just the one in this tale) that are swallowing up much of the diagnostic-radiology field.

Such rads should ask themselves: If push comes to shove, will the corporation have your back as one of the professionals who makes the place function? Or will they sell you out the moment it becomes expedient? There are lots more cogs to replace you in their machine.

And for the rads who were warning of the evils of corporate radiology already (some such warnings even predating my 2011 meeting with that lawyer)…yes, you told me so. Not directly, of course, but in online forums and the like. Now, almost a decade later, I’ve taken your advice-and am offering similar to any other rads I encounter who want my two cents. I’ve joined a group that’s owned and run by the rads who work in it-and I’m a lot more confident that they’ve got my back. 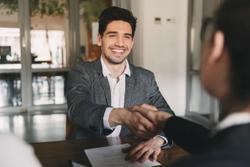