Demand for CT is dropping in some quarters of the imaging community, down by single-, sometimes even double-digit percentages.

Demand for CT is dropping in some quarters of the imaging community, down by single-, sometimes even double-digit percentages. There may be several reasons, but one stands out: patient fear of radiation, a fear intensified by media accounts of radiation overdose and long-term, albeit theoretical, worries about increased risk of cancer.

Could there be a better circumstance to drive demand for dose reduction technology? Vendors now are touting their proprietary forms of these technologies: GE's ASIR (Adaptive Statistical Iterative Reconstruction), Siemens' IRIS (Iterative Reconstruction in Image Space), and Philips' iDose. They are being embedded in high-performance systems rolling off the production line and in upgrades available to enhance certain installed systems. Claims of 50%, 60%, or even greater dose reductions are surfacing. But can everyday users achieve them?

Ridgeview Medical Center, a regional healthcare network serving the western Minneapolis metro area from suburban Waconia, MN, installed iterative reconstruction as a luminary site for Siemens. The center purchased 40- and 128-slice scanners with money donated by a community benefactor, replacing an overworked and outdated quad-slice device. About a year ago, Siemens asked the center to evaluate its new IRIS technology. Skeptical of vendor claims that dose could be substantially reduced while maintaining image quality, Dr. David Gross and his staff gave the software a week to prove itself.

As Ridgeview chief of radiology, Gross worried subtle details that were already difficult to see might not show up at all on the dose-reduced images. Of particular concern were mild inflammatory changes in the mesentery, “misty mesentery,” he said.

IRIS was put to the test early in the trial by several cases of mesenteric panniculitis. And it passed with flying colors.

“We could see it as well on the IRIS image as we could on the non-IRIS and so, after a few days, we said ‘there is no use trialing this for a full week,'” Gross said. “‘We should use it on all our cases,' and we have been using it ever since.”

CT dose for IRIS images at Ridgeview is about a third less than for non-IRIS images, according to Gross, with no loss in image quality. Dose savings were measured by Siemens and confirmed by an independent medical physicist.

The only drawback has come from the image processing. Gross reports a five- to 10-minute delay beyond the norm. This can be problematic when handling emergency patients, he said, but because IRIS processing is done at the CT console, the delay can be mitigated by holding off on scanning other patients until the IRIS images are completed on the emergency room patient. This allows the computer to concentrate its power on getting the current images up, he said.

When those extra few minutes aren't critical, the ER staff waits, knowing that IRIS takes a little longer than would otherwise be needed and that the radiologic techs will call when the images are up and interpreted. If Ridgeview wanted to eliminate the delay, it might do so by shoring up the computing power onboard the two scanners, Gross said.

All iterative reconstruction algorithms are computing-intensive. But if the console has enough horsepower, these algorithms present little difficulty. St. Francis Hospital, a 375-bed Level I trauma center in Evanston, IL, that specializes in emergency and cardiac care, reports that IR images come off its upgraded 64-slice GE scanner faster than ones generated prior to installing ASIR.

“Our technologists tell us the images are processed faster, but it may be that our scanner is a few years old, so the upgrade included a much faster computer,” said Dr. Richard Kane, a St. Francis radiologist who focuses mostly on interpreting CT scans.

ASIR has cut dose at St. Francis by about 30% everywhere in the body except the brain, where savings of just 10% have been possible. This kind of variability is also seen at the University of Rochester Medical Center, where radiologists have been able to cut dose by about half in the chest, but only between only 20% and 30% in the abdomen and between 10% and 20% in the head. The University of Rochester Medical Center is a sprawling treatment and research facility in Rochester, NY, with units specializing in perinatal, trauma, burn, cancer, and epilepsy treatment, as well as cardiac and liver transplant.

“It really has to do with the density of the tissue and what you're looking at,” said Dr. David Waldman, chair of the imaging sciences department at the university. “The less contrast within [different tissues] in the body parts, the harder it is to decrease the dose.”

Waldman and colleagues interpret some images made using GE's ASIR and others using Philips' iDose. The two run on 64-slice scanners built by the respective companies. Iterative reconstruction is routinely used on every patient except those who are morbidly obese, Waldman said.

“It is more difficult to decrease dose when you're looking for subtle changes within more or less homogenous soft tissue,” Waldman said.

Early adopters that sign on as luminary sites are working out these and other issues regarding iterative reconstruction. They are helping manufacturers develop the protocols for different types of scans and patients. At the University of Rochester Medical Center, Waldman and other radiologists work with technologists, medical physicists, and company engineers to tweak protocols.

“We look at the images to determine if they are diagnostic or borderline diagnostic and then keep making adjustments (in dose) up and down, depending on what we feel is adequate,” Waldman said.

This is a fundamentally different paradigm for radiologists. For decades, vendors have been coming up with technologies that boost image quality. The current emphasis on “good enough” image quality is like asking consumers to set their high-definition TVs for the lowest resolution picture that allows them to know what is going on in the football game so they can save on their energy bills. The stakes are much higher in medical imaging, however.

Waldman said iDose has made its biggest impact at his facility where it's most needed: in pediatric imaging.

The Rochester center is just now getting buy-in for the dose reduction from its neuroradiologists, netting about a 20% dose reduction with iDose when doing brain scans. With different patient populations and different body parts, coming up with the optimal dose becomes a balancing act.

“If you use too much iterative reconstruction, the images look plasticky,” Waldman said. “You lose the contrast.”

At St. Francis, radiologists had to consider how much smoothing they were willing to accept in their images.

“There is some learning to it, but it hasn't really impacted our day-to-day diagnostics,” said Dr. Joseph Calandra, radiology department chair.

Image quality must always be the benchmark and staff radiologists must be the judges, said Gross, who works in a group practice of some 80 radiologists. In making the move to reduced dose at Ridgeview, Gross was careful to maintain image quality as an unassailable standard of care.

“We stood on the principle that we would not give up image quality for a reduction in radiation,” he said. “We were very firm about this.”

Images were compared for each type of exam according to body segment: head and neck, chest, abdomen, pelvis, neck, extremities, and joints. Image quality actually increased for the brain, thanks to a Siemens package called Neuro BestContrast. Gross says the software, installed separately from IRIS, accentuates the difference between gray and white matter.

The trick is in standardizing protocols so as to reduce variation from one scan to another and among patients. In the recent past, standardization was the exception.

“We want to take some of the guesswork out of how we are scanning patients,” Waldman said. “We need to make much more scientific and rational decisions in determining the optimal protocols for image quality and for dose reduction.”

For some sites, iterative reconstruction is just the latest step in a series of efforts to cut dose while holding image quality steady. Vendors for years have been releasing technologies designed to reduce dose by, for example, modulating dose according to the density of the body part and truncating overscans to focus radiation on just the intended field-of-view.

Iterative reconstruction is the latest step. Ridgeview transitioned to IR as part of its jump from a quad-slice scanner to 40- and 128-slice systems. The quad-slice scanner probably put scans done at the medical center in the upper range of radiation, Gross said.

Ridgeview now has gone to the other extreme, thanks to the high-performance Siemens scanners and the center's use of IRIS. St. Francis Hospital, on the other hand, had been implementing protocols to minimize dose for years.

“We have been tweaking dose down as low as acceptable to read images for several years,” Kane said. “So our protocols were set up initially to be very low-dose.”

Regardless of how this transition to low-dose scanning is being made, all who do so can share in the rewards. Patients are the immediate beneficiaries. The facilities operating low-dose scanners also have an edge over their higher dose competitors. They can document the reduced dose they have been able to achieve.

“Our referring docs know that we have done as much as we can to reduce the radiation given to patients,” Gross said. “This is a real selling point.”

The importance of minimizing dose will only grow, according to Waldman.

“Radiation dose will be an enormous topic over the next five years,” he said. “It is the radiologist's responsibility to really look at how we are irradiating our population and to try to decrease it as much as possible.” 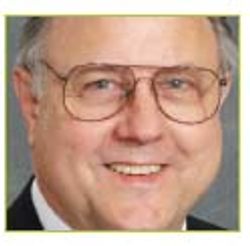