MRI has been adopted as a definitive measure for fair play by the International Federation of Association Football, the governing body for international soccer competition.

MRI has been adopted as a definitive measure for fair play by the International Federation of Association Football, the governing body for international soccer competition. FIFA launched a program of random MRI wrist screening to verify the age of players competing in the Under-17 World Cup hosted by Nigeria between Oct. 24 and Nov. 15.

The issue of fielding over-age players has been around for some time. It made headlines again last March at the Confederation of African Football's Under-17 Championship in Algeria when Niger was disqualified for fielding an older player. FIFA announced Aug. 31 that MRI would be used to check the age of players in order to protect the integrity of the World Cup in Nigeria.

“Randomly selected players will be tested in Nigeria under the supervision of FIFA's medical experts,” FIFA wrote in a statement.

The global competition draws talent from many parts of the world where age cannot be clearly determined. With this method, FIFA will guarantee that all players are really biologically under 17, said FIFA's chief medical officer Prof. Jiri Dvorak.

“MRI can determine age below or over 17 with a certainty of 99%,” Dvorak told Diagnostic Imaging.

The technique looks at the degree of fusion of the distal radial physis using a grading system that correlates with the player's age. As age increases, so does the fusion grading.

X-rays had been used for this in the past during FIFA-sanctioned competitions. Three countries underwent disciplinary action at the Asian Football Confederation U-16 Championship in Vietnam in 2001 based on x-rays taken during the tournament. However, several member associations raised concerns this time about exposing young athletes to ionizing radiation. This led the organization to look for MRI instead, Dvorak said.

Although the effective dose of the wrist radiographs was low, no radiation is better than even a little in this pediatric population, said Dr. Bruce Forster, a professor of radiology at the University of British Columbia in Vancouver.

“Using MRI instead of radiographs would make good sense, especially for athletes who may not be patients per se,” said Forster, who is also director of imaging for the Vancouver 2010 Winter Olympic Games.

Age-doping is an issue that affects many sports, not only international soccer, Forster said. To protect the athletes and the credibility of such tournaments, an easy, safe, and accurate method of determining bone age is needed. MRI of the wrist fulfills most of these criteria, he said.

Dvorak and colleagues collected data on a large sample of subjects from Africa, Asia, Europe, and South America to demonstrate the reliability of the method. They found a highly significant correlation (p < 0.001) between age and grade of fusion in adolescents between the ages of 14 and 19. The screening scan requires a single T1-weighted sequence on a 1T or 1.5T magnet with a wrist coil and can be performed in less than 15 minutes (Br J Sports Med 2007;41[1]:45-52).

MRI is still relatively difficult to obtain in many countries, including World Cup host Nigeria. Overcoming such fiscal issues to allow all athletes fair access would be a great advance in ensuring that both intentional and unintentional breaching of age restrictions in sport would be recognized, Forster said.

“I am not aware of this method being used in other sports, but its future is bright. I welcome this announcement,” he said. 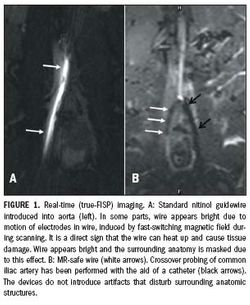 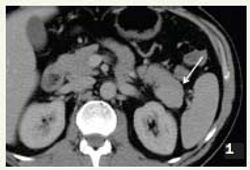