Peripheral arterial occlusive disease is a chronic and progressive disease that is common in the Western world.

Peripheral arterial occlusive disease is a chronic and progressive disease that is common in the Western world. The diagnosis can usually be made from the patient’s medical history, a clinical examination, and Doppler index measurements. Exact visualization of the extent and severity of disease is, however, mandatory prior to treatment.

CT angiography (CTA) has emerged as a noninvasive alternative to DSA for the depiction of vascular anatomy and pathology.1 The spatial resolution of vascular examinations has improved following the introduction of 64-row scanners. It is now possible to resolve objects as small as 0.4 mm in the x, y, and z planes. Visualizing small and moving arteries requires rapid image acquisition. The use of 64-slice CT has helped reduce the time needed to obtain a single slice of CT data.2

An optimal examination protocol for multislice CTA should ensure sufficient arterial enhancement throughout the arterial tree, pedal arteries included. This should be achieved without anticipating the bolus of contrast and without generating artifacts.3-7 An example of a standard protocol for performing CTA on a 64-slice system is shown in the table below.

It is important that the patient is comfortable on the CT table. She/he should be placed in a supine position with arms raised and feet rotated slightly to separate the tibia from the fibula (the trifurcation vessels from the bones). Cushions can be placed around the patient’s legs to stabilize them. The cushions may be strapped in position with adhesive tape if needed.

A 1.5 to 2 m-long scout image, extending from the diaphragm to the feet, is acquired initially along the craniocaudal axis. The main CTA scan will take between 20 and 40 seconds, depending on the number of detector rows and the chosen collimation.

The velocity of the contrast bolus as it travels from the aorta to the popliteal arteries is highly variable in patients with peripheral arterial occlusive disease and does not correspond to the severity of disease. Opacification of distal vessels will be poor if the scan outruns the bolus. Table speed, consequently, should not exceed 30 mm/sec. This will require that the gantry rotation speed be kept at 0.33 to 0.5 revolutions per second or the pitch reduced. Acquisition should be repeated using an alternative protocol if delayed distal enhancement is detected, which might occur, for example, in patients with poor cardiac function or in cases of slow distal runoff.

Spatial resolution should be maximized by using thin collimation, so that the effective slice width is narrow. This strategy will also reduce the chance of partial volume effects and blooming artifacts from calcium. Although the collimation should be as thin as possible, it should still be balanced against the table speed of 30 mm/sec and the number of detector rows.

The trade-off between resolution and scan speed is no longer an issue when imaging with a 64-slice CT unit. This type of scanner makes it possible to use a fast, submillimeter scan protocol, even in obese patients.

Injected contrast should produce a strong and homogeneous enhancement of the arterial tree. Image acquisition should also be synchronized with the contrast enhancement. Attenuation values higher than 200 Hounsfield units in the arteries are considered suitable for CTA. Many practitioners use a monophasic injection rate because it is simple and results in adequate image quality. Possible injection protocols include 100 mL of 400 mgI/mL contrast at 4 mL/sec, or 150 mL of 300 mgI/mL at 4 mL/sec.

Reliable timing techniques are preferred over fixed-delay timing for image acquisition, given the hemodynamic variability from patient to patient. It is convenient to use the bolus-triggering technique in the infrarenal aorta or below an aneurysmatic segment. Due to a slower flux in an aneurysmatic segment than in the normal aorta, an extra delay must be added to the contrast arrival time for fast scan protocols to ensure good opacification of distal arteries. This delay is usually 35 seconds minus the scanning time.

The contrast-to-noise ratio in CTA can be increased by reducing the x-ray energy. Dose reductions of up to 20% can be achieved if automated tube current modulation is used. The average dose delivered to the patient during an assessment of peripheral arterial disease on CTA is 7.47 mSv. This level of radiation exposure is not a major concern to most patients with peripheral artery disease, who are typically elderly. It is also substantially lower than the radiation dose associated with DSA.

Postprocessed images should be part of the routine diagnostic protocol if the study is to be used for clinical decision-making. As well as evaluating 2D images, the data should be reviewed interactively using multiplanar reformations and 3D postprocessing techniques.2-4,8

Three separate data sets should be calculated for the peripheral runoff: aortoiliac, femoropopliteal, and crural. This will preserve the initial longitudinal resolution and allow the workstation to run better and more quickly. The raw data should be reconstructed incrementally with 50% overlap. Each of the three data sets should have a field-of-view that is as narrow as possible to optimize pixel size.

Using semiautomated bone removal tools can enhance visualization of vascular disease. A smooth kernel should be chosen to depict vessel diameters accurately. A sharp kernel may be used to minimize blooming due to stents or severe vessel wall calcification, though this will lead to an increase in noise. A better way to improve differentiation of calcifications and stents from the enhanced lumen and minimize blooming is to increase both the window center and window width settings. For example, standard window settings for CTA are 150 (window center) ± 250 (window width). This could be changed to 200 ± 1000.

Interpretation can be facilitated by the use of 2D and 3D postprocessing techniques. The true cross-sectional images (tranverse images) should also be considered to verify diseased segments. Analysis of transverse sections together with 3D reconstructions provides superior information about occlusions, particularly with regard to the morphology of plaques. This information will be useful for treatment planning (Figure 1).

A standard set of postprocessed images should include thin-slab maximum intensity projections through the visceral and renal arteries and the abdominal aorta and through the femoropopliteal and crural arteries. Whole-volume MIPs should be obtained of the separate data sets after bone removal and, when necessary, after the removal of vessel wall calcifications. Curved planar reformations-through the iliac arteries, for example-should also be acquired.5

Volume-rendered images offer a fast and effortless way to present pathology to clinicians, who will often not have a chance to review the imaging data interactively (Figure 2). Axial images and multiplanar reformations/MIPs are advisable for stenosis evaluation, especially in cases of extensive arterial calcification (Figure 3).

Thick MIP may be used for a quick overview. The inclusion of standard slab MIP images in the postprocessing protocol makes it feasible to perform peripheral artery CTA routinely. Slab MIPs are fast and easy to create and evaluate. The images depict the vasculature without other structures superimposed.

The presence of extensive calcifications and/or stents reduces the visibility of the vessel lumen, decreasing clinicians’ confidence in the CT images. This may lead to the degree and extent of stenosis being underestimated, particularly in small-caliber vessels. Real-time interaction with 3D data sets provides better results when calcified plaques are present. Thresholding and region-growing techniques can be used with whole-volume MIPs to digitally remove calcifications that are obscuring vessel anatomy.

CTA of the lower limb can answer a number of important questions.9 First and foremost, are the abdominal arteries and runoff vessels patent and of adequate caliber? Are there any anatomical variations?

The severity of the most stenotic lesion in each segment should be classified as either normal (0); 1% to 50% stenotic (1); 51% to 75% stenotic and of no hemodynamic significance (2); 76% to 99% stenotic and hemodynamically significant (3), or occluded (4). This gradation of stenoses is useful when determining whether a diagnosed lesion exceeds a luminal narrowing of 70% or not. When deciding between conservative, endovascular, and surgical treatment, however, the number and distribution of lesions should be considered too, given that atherosclerosis is a systemic disease (Figure 4).1

Other questions to consider include: Does the patient have a bypass and, if so, is the bypass patent? Are there signs of graft infection or of active bleeding? Is the caliber of the bypass adequate (Figure 5)? Are there any additional findings in the soft tissues or bones or other extravascular structures (Figure 6)? Is there a correlation between clinical symptoms and imaging findings (Figure 7)? CTA is not recommended when there is severe atherosclerosis and the vessel lumen is obscured by calcium plaques.

Multislice CTA is an optimal, cost-effective technique for the workup of peripheral arterial occlusive disease. Diagnostic costs are reduced when CTA is used instead of DSA or contrast-enhanced MR angiography.10-14

Vessel segments that appear occluded on DSA may be seen as patent on CTA. Segments distal to occlusions may potentially be visualized better on CTA than by DSA owing to the intravenous administration of contrast. On the other hand, arterial wall calcifications can sometimes lead to false-positive interpretations on CTA and decreased reporting reproducibility.

With this in mind, the preferential use of multislice CTA, as opposed to other modalities, in patients with intermittent claudication (Fontaine stage IIb) is clearly justified. Patients with critical limb ischemia (Fontaine stage III/IV), who are likely to have extensive calcification in the smaller arteries, however, could be better off undergoing contrast-enhanced MRA or DSA.6 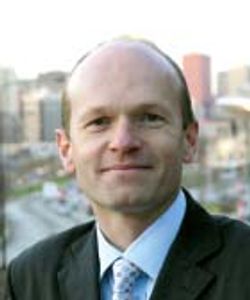 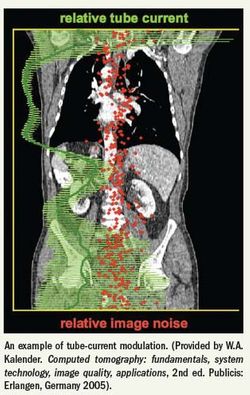 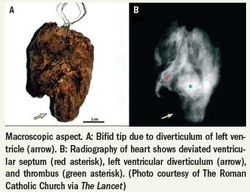