Productivity-based compensation: what the numbers say

Assuming our hypothetical radiology practice reached consensus regarding a baseline compensation package, what would be the financial implications to physicians in the group? We begin with a practice profile.

This article is the last in a series addressing the challenge of implementing a productivity-based compensation model in a radiology practice. To put this installment in perspective, it might be important to review that information since the final phase probably represents the least politically charged or disruptive. It discusses the assumptions and results of implementing a specific approach to rewarding high-productivity physicians.

Assuming our hypothetical radiology practice reached consensus regarding a baseline compensation package, what would be the financial implications to physicians in the group? We begin with a practice profile. Volumes have been developed as illustration only (so don’t seek a definitive correlation between the number of cases and RVUs per physician).

The table below calculates how the performance of each physician compares with the baseline numbers for the month. It is immediately evident that some physicians may meet the desired load for case numbers or RVUs, but not both criteria. Two physicians in the group were able to offset deficiencies in RVUs with their case volumes.

The bottom four physicians in the group did not meet the baseline requirement and are, therefore, not eligible for a bonus.

A total of 11 physicians are now eligible to participate in the bonus pool and will receive a percentage of the bonus based on their total points for the month.

With four physicians ineligible, even the lowest performing physician in the 11 eligible for participation receives more than she would have if the pool were equally divided among all shareholders.

Will radiology ever move to productivity-based compensation?

In our experience, the groups successfully implementing productivity-based models have been newly organized and not burdened with 20 years of history. They are thus in a position to establish new employment agreements rather than modifying existing contracts. It will be exceptionally difficult to change the “everyone shares equally” culture when some physicians will obviously lose income.

Changing an established model will be disruptive at the minimum, but those groups wishing to reward and retain top performers will probably keep productivity discussions on the agenda. The risk of pushing the issue too hard? Disruption could escalate to dissolution and few practices are likely to move willingly into that territory.


Ms. Kroken is a consultant and principal in Healthcare Resource Providers. She can be reached by e-mail at pkroken@comcast.net.

Other articles in the series:

Productivity-based radiologist compensation: setting the baseline
Once productivity-based compensation has passed the conceptual stage, the real work begins. And this phase, due to its potential complexity and the reality of potential salary adjustments, often represents the point at which the wheels fall off.

Cyberattacks: What Radiology IT Departments Must Do Now 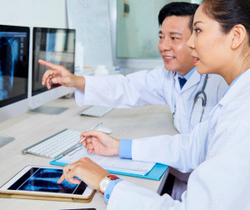 Evaluating Your Effectiveness as a Radiology Administrator