PET evaluation of myocardial blood flow adds ammunition to fears that increased obesity rates in the U.S. may lead to an epidemic of cardiovascular disease.

PET evaluation of myocardial blood flow adds ammunition to fears that increased obesity rates in the U.S. may lead to an epidemic of cardiovascular disease.

A quick trip around the country reveals that the land of the free is also the home of the wide. The prevalence of obesity in the U.S. rose from about 23% of the population in 1994 to 30% in 2000, according to Dr. Thomas H. Schindler, a research associate in molecular and medical pharamacology at the University of California, Los Angeles.

Schindler and colleagues investigated what all those expanding waistlines mean to the nation's cardiovascular health, fortified with the knowledge that abnormal endothelium-dependent myocardial wall motion has been shown to be an independent predictor of myocardial infarction and other potentially catastrophic cardiac events. Schindler surmised that dysfunctional endothelium of coronary circulation may be a mechanistic link between cardiovascular events and obesity.

"We set out to evaluate the effect of increasing body weight on endothelium-dependent and -independent function in individuals without other coronary artery disease risk factors," he said during a scientific session Sunday at the 2005 Society of Nuclear Medicine meeting in Toronto.

Seventy-six subjects were classified as normal, overweight, or obese for evaluation in the study:

None of the subjects exhibited obvious coronary risk factors.

Extensive lab testing was performed in conjunction with nitrogen-13 ammonia PET scanning performed at rest with the subject's left hand immersed in ice water and at stress during dipyridamole vasodilation. The cold pressor test led to a metabolic decrease in resistance and increased blood flow and vasodilation.

The systolic blood pressure, which was similar in all three groups, increased significantly during cold pressor testing to 137 mm Hg in the overweight and obese groups, compared with 114 mm Hg in the normal group. The corresponding rate-pressure product (the product of heart rate and systolic blood pressure) also increased significantly in those two groups.

Myocardial blood flow at rest was similar among all groups, but the cold pressor test-induced flow increase was highest in the normal subjects. A significant decrease was observed among obese patients, and the magnitude of diminished flow was significant in the overweight subjects.

A univariate analysis of results showed that measures of body mass index, HDL cholesterol, and C-reactive protein could be used to predict flow response. Multivariate analysis, however, revealed that BMI and patient age were the only independent predictors for flow response to cold pressor testing.

Schlinder concluded that high body weight is associated with abnormal coronary circulatory function. The study uncovered problems ranging from the impairment of endothelium-related vasomotion in overweight subjects to the impairment of total vasodilator capacity in obese subjects.

"This progressive worsening is associated with an increase in plasma markers of the insulin-resistance syndrome and might provide a mechanistic link between abnormal coronary vasomotion and at-risk cardiovascular outcomes," he said.

Enhancing MRI Efficiency and Quality: Can the New SIGNA Experience Have an Impact? 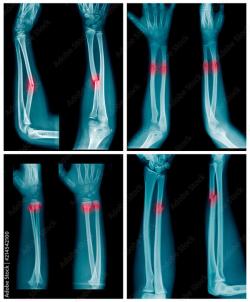