This landmark new recommendation updates the 2004 statement in which the USPSTF found insufficient evidence to recommend for or against screening asymptomatic persons for lung cancer using chest X-ray or LDCT. The new recommendation, ranked as Grade B, is based on a systematic review of recent evidence on lung cancer screening, including results of the National Lung Screening Trial, published in Annals of Internal Medicine.

Under the Affordable Care Act, Medicare and all qualified commercial health plans are required to cover routine preventive services graded A or B by the USPSTF at no cost to the consumer.

“Many other organizations are now recommending that individuals with 30 pack years of smoking who are either current or former [smokers], who are ages 55 to 74, and [are] sufficiently healthy enough to undergo treatment of lung cancer if it is diagnosed, be screened with LDCT in systems of medical care that are well equipped for handling the treatment and diagnosis of lung cancer,” Linda Humphrey, MD, MPD, professor of medicine, informatics and clinical epidemiology and public health for Oregon Health and Science University told Diagnostic Imaging.

To assess the benefits and harms of screening asymptomatic high-risk people for lung cancer with LDCT, Humphrey and colleagues conducted a literature review of 67 articles published since 2000. According to Humphrey, they found three studies that contribute to the literature base.

One of the studied was the National Lung Screening Trial that found that among high-risk people, screening with LDCT reduced lung cancer mortality by 20 percent and reduced all-cause mortality by 6.7 percent when compared with chest X-ray. High-risk adults were defined as people aged 55 to 74 years with at least 30 pack-years of smoking, and, if a former smoker, those that had quit within the last 15 years.

The researchers also evaluated existing literature outside of these trials to examine other outcomes of lung cancer screening such as radiation exposure, false-positive rates, over-diagnosis and psychosocial consequences.

“We found that radiation exposure per LDCT ranges from 0.8 mSV to 1.5 mSV, that there are many false positives that require further evaluation, usually with imaging but sometimes with biopsy or surgery, and that there appears to be little impact on psychological outcomes or smoking behavior,” Humphrey said. “In addition, there is what appears to be a small risk of over-diagnosis of lung cancer - meaning identifying lung cancer that won’t impact a person’s life - and many other chest findings such as coronary artery calcification and emphysema are also identified.”

The USPSTF acknowledged that detection of lung cancer using LDCT screening and early intervention or treatment do have some associated harms; however, the task force concluded that there is a “moderate net benefit” to screening asymptomatic people at high risk for lung cancer.

Results of the NLST also indicated that those at the greatest risk for lung cancer based on medical history and age seemed to benefit the most from screening. According to Humphrey, it will be “very important that physicians are cautious in not extrapolating data on benefit to populations at lower risk of lung cancer.”

“We are extremely supportive of the USPSTF’s recommendation and are working to complete practice guidelines and appropriateness criteria that cover how lung cancer screening CT exams are performed, interpreted and results communicated, to ensure that those who should be screened can do so regardless of where they live,”. Ella A. Kazerooni, MD, chair of the ACR Thoracic Imaging Panel, said in a statement. “These standards will provide guidance for establishing a robust screening program that provides the life-saving results that everyone wants.”

The Medical Imaging and Technology Alliance (MITA) also commended the task force for its recommendation, saying it “will break down access barriers to a proven, life-saving diagnostic tool.”

MITA and the Access to Medical Imaging Coalition (AMIC) urged CMS to quickly expand coverage of LDCT for high-risk patients. 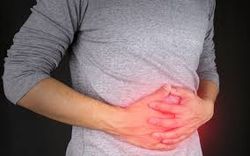