Good news: decision support and e-ordering are on the way

There is electronic decision support in your future and it's probably going to change the way you practice radiology.

There is electronic decision support in your future and it's probably going to change the way you practice radiology.

In a response to healthcare reform efforts, a pilot project early this year coming out of 2008 legislation, lobbying efforts by the American College of Radiology and others, and unprecedented scrutiny of inappropriate imaging studies look to have put electronic decision support and e-ordering on a fast track to take over the management of imaging utilization.

What this involves is an electronic system that screens every imaging order for appropriateness. A good example comes from the 2009 RSNA meeting where Massachusetts General Hospital researchers showed how a system that required physicians, rather than support staff, to approve low-utility imaging exams was able to cut their incidence by more than half.

The utility ranking system used at MGH mirrors the ACR's Appropriateness Criteria. Imaging studies entered through an electronic ordering system are ranked on a color-coded, 1 to 9 scale based on how likely they are to yield information that would shed light on the clinical question posed by the requesting physician. High-utility exams are coded green and get a 6 to 9 ranking. Low-utility exams are coded red and get a 1 to 3 ranking.

Until now the job of controlling imaging utilization has been played by radiology benefit management companies that use prior authorization programs to control what imaging studies are permitted and when. Research presented at the 2009 Economics of Diagnostic Imaging National Symposium found 130 million commercially insured patients were subject to imaging prior authorization through an RBM, and the RBMs have been successful in curbing the use of high-tech imaging. But there's always been a lingering resentment about what they do and how. Their processes are not always transparent, and they generally require at least one phone call, which can be time-consuming.

E-ordering systems like the one in use at MGH should be able to cut down on the time involved and make the order a seamless part of the requisition process. Further, as demonstrated by this and other studies at MGH, they can reduce the number of inappropriate studies performed.

Another, less obvious, benefit is that the process is transparent, provided you take the time to learn it, and it's controlled by professionals in your field. Note, for example, that the MGH system is based on the ACR's Appropriateness Criteria.

How will you get there? At least a couple of vendors are selling e-ordering packages and some systems with a solid digital infrastructure may be candidates for adoption. Beyond that, an e-ordering coalition is pushing the concept, largely as an alternative to other benefit management approaches.

They appear to have made some headway, managing, for now at least, to get RBM programs as a strategy for controlling radiology utilization removed from Congressional healthcare reform. A campaign to help radiologists and hospitals educate payers on the benefits of the software-based systems is also on tap.

Further, starting early this year, CMS will fund a $10 million, two-year project to assess the ability of e-ordering to curb inappropriate imaging in MRI, CT, and nuclear medicine studies.

All of this bodes well for radiology and is a credit to those who developed and pushed the idea of e-ordering with appropriateness criteria. It demonstrates that the profession is committed to the high-quality, appropriate imaging that will be necessary in the new healthcare reform environment. 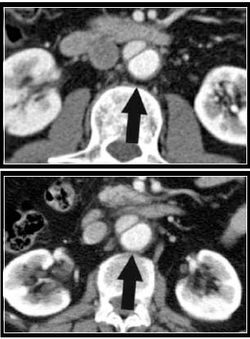