PET images detected an association between hypometabolism and amyloid in brains of people with pre-Alzheimer’s who don’t show any signs of cognitive decline, according to presentation at the Society of Nuclear Medicine and Molecular Imaging (SNMMI) 2013 annual meeting.

The amyloid plaque build-up in the brain in Alzheimer’s is known, but now there appears to be a connection between the amyloid burden and hypometabolism of neurons in parts of the brain that have been associated with Alzheimer’s disease.

“Previous studies indicate that hypometabolism of this same pattern is present in people who have abnormalities of the gene apolipoprotein E, or APOE,” Val J. Lowe, MD, professor of radiology at Mayo Clinic Cancer Center, said in a release. “Hypometabolism does appear to be an early harbinger of the disease before dementia sets in.”.

The researchers found that there was significant hypometabolism in brain regions classically associated with Alzheimer’s disease, including the angular gyrus and posterior cingulate.

The researchers will continue to follow the subjects to see if they progress to Alzheimer’s disease, and to study the ones do not develop the disease but do have amyloid in their brain. 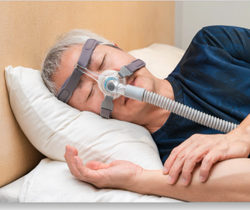