An 84-year-old male hemodialysis patient with a history of prostate cancer treated with external beam irradiation was hospitalized for intermittent melena. Colonoscopy had shown thickened mucosa of the sigmoid colon with three ulcers.

The patient developed a massive hematochezia during the last 12 hours of his hospitalization and was treated with a blood transfusion (eight units). He was hemodynamically unstable, requiring rapid infusion of intravenous fluids. Repeat colonoscopy was inconclusive because of the presence of abundant blood clots.

Emergency abdominal CT angiography (CTA) was performed in three phases from the diaphragm to the symphysis pubis in 5-mm slices. Iodinated contrast (150 mL) was infused intravenously at a rate of 4 mL/sec. No oral contrast was used.

CTA of the abdominal vessels depicted intraluminal contrast extravasation during the arterial and venous phases at the level of the proximal sigmoid, which was thickened (Figures A and B).

The patient was transferred directly to the angiography suite, where selective catheterization of the celiac artery, superior mesenteric artery (SMA), and inferior mesenteric artery (IMA) were performed. Digital subtraction angiography (DSA) of the former two was unremarkable. DSA of the IMA depicted contrast extravasation originating from a sigmoid branch of the IMA (Figure C).

Superselective catheterization was performed with a coaxial microcatheter and showed contrast filling in the sigmoid lumen (Figure D). The vasa recta were embolized using microcoils to eliminate the extravasation (Figure E). All bleeding stopped and the patient recovered completely.

Lower gastrointestinal bleeding has an incidence of 20 to 30 per 100,000 adults. The most common causes include diverticular disease, angiodysplasia, benign or malignant tumors, polypectomy, coagulopathy, and anticoagulation.

Conservative therapy will stop bleeding in the majority (75% to 90%) of patients. Endoscopy is the method of choice when evaluating patients with chronic intermittent bleeding. Patients with life-threatening bleeding who are hemodynamically stable are best evaluated with scintigraphy followed by angiography. Emergency angiography is recommended when managing patients who bleed continuously and are hemodynamically unstable.1

Multislice CT has emerged as an extremely useful tool for the detection and localization of gastrointestinal bleeding. The principal finding in cases of active bleeding is contrast extravasation in the bowel lumen with attenuation greater than 90 HU.2 At our institution, we use CTA initially when investigating lower gastrointestinal bleeding, then follow it with angiography with a view to performing embolization.

The superior and inferior mesenteric arteries, and, rarely, the internal iliac arteries, are selectively catheterized prior to embolization using standard diagnostic catheters. Coaxial catheterization with a microcatheter is performed only once the bleeding site has been depicted. It is important not to begin embolization until the microcatheter has been advanced to the border of the colon (i.e., to the marginal artery or vasa recta). This minimizes the risk of bowel infarction.

Most practitioners use microcoils or PVA particles or a combination of both as the embolic agent, though many other agents are also available. Identifying the bleeding branch and navigating the microcatheter into the vasa recta can be a major technical challenge. Reports indicate, however, that embolization stops lower gastrointestinal bleeding in 44% to 100% of cases, and that clinically significant bowel ischemia is negligible if the technique is meticulous, for instance, if embolization is performed only at the utmost distal location.3,4

Case submitted by Elias N. Brountzos, M.D., and Dimitrios Filippiadis, M.D., from the second department of radiology, and Zaharias Siamoulos, M.D., and Konstantinos Triantafyllou, M.D., from the hepatogastroenterology unit, second department of internal medicine, all at the University of Athens Medical School, Attikon University Hospital in Athens. 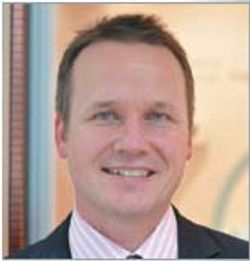 Thirty years take MRI from the cutting edge to sustainability