Like other manufacturers developing state-of-the-art technology, digital x-ray firms must convince a skeptical clinical community that their products are worth the extra cost. Despite the uphill battle, the challenge has proven irresistible to another

Like other manufacturers developing state-of-the-art technology, digital x-ray firms must convince a skeptical clinical community that their products are worth the extra cost. Despite the uphill battle, the challenge has proven irresistible to another company seeking to break into the market: Swedish medical IT and telecommunications products company Sectra, and its medical imaging subsidiary, Sectra Imtec, which on Jan. 25 purchased a minority stake in Mamea Imaging, a research firm that is developing a new digital x-ray detector to be used for mammography.

Under the terms of the deal, Sectra will be Mameas exclusive distributor of the detectors. Depending on the technologys development progress, Sectra may increase its stake in Mamea, according to Jan-Olof Brùer, president and CEO. The company declined to comment on the percentage stake it purchased and the financial details of the transaction.

Mamea was established by a group of researchers at the Royal Institute of Technology (KTH) in Stockholm. The sensor technology the group has developed arose out of particle physics research conducted at Genevas CERN, the European Organization for Nuclear Research, and further developed in Sweden. The detector uses a technique that registers each separate x-ray photon, which allows it to receive more information than film or other digital detectors can, according to Mats Danielsson, assistant professor in particle physics at KTH and managing director of Mamea Imaging.

The sensors technology combines high image quality with minimal radiation doses, according to Sectra, although the company did not provide further details on the sensors specifications. While Mamea develops the detectors, Sectra plans to design the system for the new product using some of its PACS components, as well as components obtained from potential future partners, Brùer said. The Linköping, Sweden-based firm believes that there is a strong potential market for low-cost, low-dose x-ray detectors, particularly for mammography applications, which makes the purchase of its stake in Mamea attractive.

Were a niche company in the x-ray market, but see this kind of sensor technology being used in the x-ray field, particularly in mammography, Brùer said. Were aware that there are many new developments in the field of mammography, but believe that this technology could prove competitive.

Sectra is well known for its strong position in the European PACS market, particularly in Sweden, where it claims a 70% market share. Outside Europe, the company has a longstanding partnership in PACS with Philips Medical Systems (SCAN 10/9/96 and 12/4/96).

Will Philips distribute the new digital mammography device once developed? Its not yet certain, according to Brüer.

We will certainly open discussions, and would be glad to cooperate with Philips in this area, he said.

Sectra believes that a device will take 12 to 24 months to develop. If Sectras partnership with Mamea is successful in producing a digital mammography unit, Sectra plans to focus its initial marketing efforts in Scandinavia. But it will eventually take on the U.S. regulatory system for digital mammography, which has long proven frustrating for companies seeking to commercialize their devices. GE is the only firm with an application under review with the Food and Drug Administration, for Senographe 2000D, which it submitted in October. GE received recommendation for clearance from the FDAs Radiological Devices Panel of the Medical Devices Advisory Committee in December (SCAN 1/12/00). The FDA has not yet made a decision about Senographe.

The Time to Combat Radiologic Technologist Burnout is Now 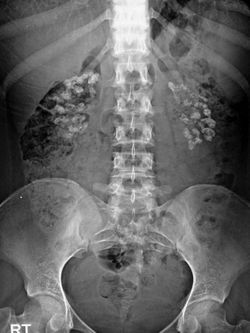