When it comes to the transducers that power ultrasound, less is more.

When it comes to the transducers that power ultrasound, less is more. As they have become smaller, more has been packed into the handheld probes that host them, providing more information, allowing easier access to the body’s acoustic windows, and offering easier handling by operators. Now this triad of benefits might be in line for a further boost, a big one.

The University of Nottingham in the U.K. claims its scientists and engineers have developed the world’s smallest ultrasonic transducers; devices several orders of magnitude smaller than current transducers. They are so tiny that up to 500 of them might be placed across the width of one human hair.

The work to fabricate these tiny transducers is only in the early stages of development, so there’s no telling where it may lead. But it’s a lot of fun to speculate. Their extraordinarily small size could allow imaging at scales a thousand times finer than is possible now. In theory, so many transducers could be packed on a single probe that sonograms more detailed than the images from today’s most powerful microscopes might be produced. They might be put on the ends of catheters and threaded into the body to produce images of individual cells, a far cry from today’s catheter-borne ultrasound probes that provide a glimpse of the tissues that make up lumen. Or their size might be leveraged to create an ultrasonic frequency whose wavelength is smaller than that of visible light, opening an entirely new vista in sonography.

These transducers are themselves wonders. Matt Clark of Nottingham’s Applied Optics Group describes them as consisting of sandwich- or shell-like structures that, when hit by a pulse of laser light, begin to ring at a high frequency. The devices can be constructed by either micro- or nanolithography, techniques similar to those used to make microchips, or by molecular self-assembly, whereby the transducers are constructed chemically.

Medical ultrasound is an odds-on favorite as an applications area, but it is not the only possibility. The nanotransducers might be used in the fundamental life sciences, as a complement to optical microscopy.

“Imagine imaging inside cells in the same way that ultrasonic imaging is performed inside bodies,” Clark said. “Theoretically, we could get higher resolution with the nano-ultrasonics than you can with optical microscopes.”

If this is possible, imagine what might be done on the medical front if this and conventional technology were combined. Maybe a hybrid ultrasound probe containing conventional and nanotransducers will provide the means for spotting disease while allowing the operator to cone down to a tight view at the cellular level, the equivalent of a noninvasive biopsy. Maybe. . . 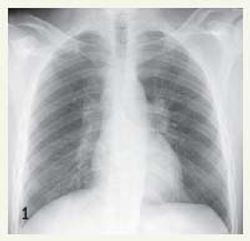