If radiologists don't start addressing cumulative radiation history, someone else will do it for them and radiologists won't like the results, according to a speaker at the International Society for Computed Tomography meeting.

If radiologists don't start addressing cumulative radiation history, someone else will do it for them and radiologists won't like the results, according to a speaker at the International Society for Computed Tomography meeting.

Articles have been published in the New England Journal of Medicine, the Journal of the American Medical Association, and Radiology to name a few, that correlate repeat CT exposure with an increased cancer risk. (See below for a dissenting opinion.)

People are talking about radiation dose, they're worried about it, and radiologists need to take the initiative on the issue, said Dr. Donald Frush, chief of the pediatric radiology division at Duke University.

Legislation was recently introduced in the California state senate (SB 1237) that would require health facilities and clinics to record CT radiation dose in patients' medical records.

To establish a radiation dose history, there must be agreement among all stakeholders: manufacturers, imaging vendors, regulatory agencies, physicians, technologists, and medical physicists, Frush said.

“We can't simply put a number there that doesn't have any weight or meat to it,” he said. “It needs to be consistent across specialties, not only radiologists, but cardiologists, orthopedists, and anyone else who uses ionizing radiation for their needs.”

The way to track radiation dose history needs to be simple, commutable, and protected, he said. And it has to be a part of the electronic medical record.

“This x-ray record card that you can get from the FDA simply isn't going to suffice,” he said. “It's not like a vaccination card where you carry it around with you, or keep it in a safe deposit box. We can't have the responsibility for this rest with our patients, it has to be something we do ourselves.”

The issue is complex and has multiple dimensions: What should be reported: the procedure? the anatomical region? the units? the risk? Also, where should the information be archived: in the report? in a PACS? Another issue is patient access: where and how are patients are going to access this information?

Ultimately, the information needs to be part of a central record, Frush said.

“Our goal is to be responsible, to understand how much dose we've given our patients, and to be able to have that discussion with them at some point in time,” he said. 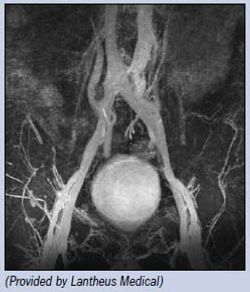 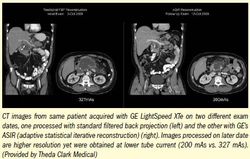