“When we saw the award on our exhibit, we just looked at each other and went ‘WOW’! It was so unexpected.” said lead author Oliver Bott, Ph.D., a medical informatics specialist at the University of Applied Sciences and Arts in Hannover, Germany.

The team developed new software for simulation-based C-arm fluoroscopy training to help improve image quality and radiation protection. The tool is of great value to technologists and nurses who perform fluoroscopy during trauma and orthopedic surgery and who have traditionally undergone their training on actual patients, Bott said. He hopes to make the software available commercially next year, but in the meantime it was due to be used in December at a trauma congress in Davos, Switzerland.

Researchers from Massachusetts General Hospital won a prize for their exhibit of common skin findings on breast MRI. They are frequently overlooked clinically and are not well described in the literature, despite their diagnostic importance, according to lead author Sirishma Kalli.

A prize-winning exhibit by Dr. Kamran Shah, a radiologist from the University of Maryland in Baltimore, focused on the complications and postoperative appearance of traumatic facial fractures. Radiologists can provide better information to surgeons if they understand the impact of fractures on facial buttress anatomy and can recognize the common fracture complexes and identify potential complications, Shah said.

Liver Doppler made simple was the theme of the poster by Dr. Dean McNaughton, a radiologist at the University of Iowa. He thinks the understanding of normal liver Doppler waveforms (arteries and veins) requires conceptualization of flow direction and dynamics. There are a limited number of abnormal (pathologic) liver Doppler patterns to remember, and when radiologists have learned these patterns, they can easily reason through the vast majority of pathologic states affecting the liver, he said. 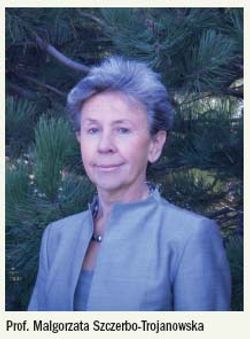