Known for its leadership in radiology, leading practice RadPartners (RP) now also has a commanding presence in the military.

In this Chief of Staff role, McKennie will oversee the 226 Combat Comm Group and the 117 Intelligence Squadron. She previously held the role of medical group commander.

“I have long been proud of Tara’s dedicated service to RP, our teams, and our patients, and now all of us at RP celebrate Tara’s service to our country," said Rich Whitney, RP chairman and chief executive officer. "Many RP friends and colleagues attended her promotion ceremony with great pride for our friend and overwhelming admiration for Brig. Gen. McKennie.”

In her position with RP, she is responsible for shaping the culture of the physician-led practice that includes nearly 2,600 radiologists and 7,500 personnel across 30 states. She was instrumental in the practices COVID-19 task force and helped establish virtual practice-wide communications and processes during the pandemic. She is currently spear-heading efforts to create an executive leadership program, as well as launch small group discussions focused on diversity, equality, inclusion, and sustainability.

Leadership in Radiology: A Closer Look at the Other Side of the Coin 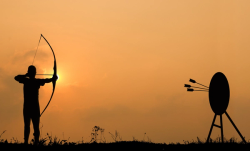