A lesson in health care economics and implications for radiology from ACR 2016.

Health care is unique in its economics, but regardless of how it’s defined, an emerging market is clear: consumerism and information seeking, Saurabh Jha, MBBS, assistant professor of radiology at the Hospital of the University of Pennsylvania, said at ACR 2016.

The ability to define the health care market is already fraught with challenges and increasingly complex. Kenneth Arrow, the king of health care economics according to Jha, identified several factors differentiating health care from other markets: uncertainty in demand and quality, expected behavior of the physician, barrier to entry, and erratic pricing practices.

Most important to health care’s complexity, Jha said, are uncertainty and the notion of asymmetric information, which has been described by the economist George Akerlof.

Arrow stressed that uncertainty is most notable in health care compared to other commodities because “recovery from disease is as unpredictable as its incidence.”

According to Akerlof, markets can fail when buyers and sellers have differing levels of knowledge. In health care, the doctor has a lot more information than the patient, a barrier attempting to be broken now but nowhere near completely broken, Jha said. Because patients have limited knowledge, they don’t have the ability to evaluate the quality of their care.

Considering these, and other, elements, Jha argued that health care is not a free market because costs are diffused, more specifically, because the consumer doesn’t pay the marginal cost for the marginal benefit and so the cost/benefit alignment cannot be internalized. A free market, in general, is a market where prices are determined by supply and demand.

Radiology’s Role
“Radiology is unique in this uniqueness of health care because we are not the agent, we are the agent’s agent,” he said. This leads to an enhanced moral hazard, which is economics-speak for a situation where one party takes more risks because they are protected against the costs of the risk.

Jha likened radiology to the agency that contracts with an airline to provide food for the passengers.

“As long as the food is good enough, the airline and the passengers don’t create a fuss, and the agency gets away with quite a bit,” he said.

Things are changing, though. And there are more market forces, and more of a market, now than ever before, Jha said. More people on health insurance and high deductible health plans mean more money is coming out of their pockets and more price elasticity.

This has, in turn, led to more price transparency.

“Whether or not [price transparency] is going to solve the health care crisis, I doubt very much that it will,” Jha said. “But it’s a good, noble, virtuous thing to do, we are not only obeying the principles of a free market, but we are transparent about it as well.”

Primary care has responded to market changes, notably administrative burden on physicians and regulations leading to increased cost of doing business, with the emerging model of direct pay medicine. AtlasMD, a player in the direct pay space, only accepts patients that pay them directly without the insurance middleman. Increased administrative efficiency as a result of not needing to comply with regulatory agencies leads to cost savings that are passed on to the patient.

Radiology’s model may not be conducive to this direct pay/concierge medicine model but it’s clear that thinking outside of the box may pay off.

Threat of the Corporations
“Welcome to Walmart! Would you like to get a mammogram today?” Matt Hawkins wrote in FierceHealthIT. His point being that mega freestanding imaging centers are another threat to radiology’s longevity. Jha pointed out, though, that, in this case, the inability to define quality works to radiology’s advantage.

Information Seeking
“When medicine first started, it was all judgment: we individualized, we were variable, we were arbitrary, and we were often wrong,” Jha said. “Then came evidence-based medicine, where we generalized and were consistent, which was mistaken for science, and we are still wrong.”

Now, the push is back towards individualization and precision.

“What we are seeing right now is this push towards more information, people want to be precise,” he said. As an example, Jha showed the significant increase in the recent use of the term “predict” in medical journals.

“Patients want prediction,” he said. “They want to know what’s going to happen to [them] and when.”

Subsequently, the cost of analyzing the genome has fallen exponentially. This creates a huge demand for imaging, Jha said.

“When you get a blood test, it tells you whether you could have cancer or not, and these are very highly sensitive,” he said. “In the beginning, this will increase the demand for imaging because people will want to know if they are told they have a 6% above population risk of ovarian cancer, whether or not they have ovarian cancer.”

Radiology is entering an era of information Calvinism, where people think the more information they have the better they will live. This will lead to an increased demand for imaging, Jha said.

Increased imaging utilization might make radiologist’s breathe a sigh of relief from the looming threat of technology and machine learning, but still unclear is whether our convoluted model of health care economics will make practicing medicine sustainable. 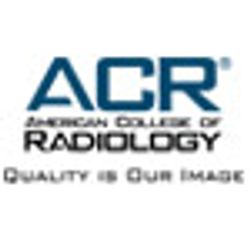 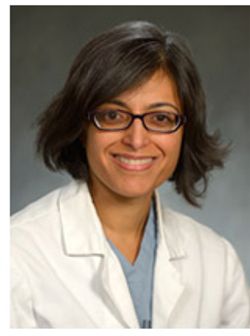