Expansion of the Image Gently radiation reduction campaign to interventional radiology has coincided with a disturbing study from the International Atomic Energy Agency indicating that image-guided interventions performed in developing countries are exposing patients to extraordinary levels of ionizing radiation.

Expansion of the Image Gently radiation reduction campaign to interventional radiology has coincided with a disturbing study from the International Atomic Energy Agency indicating that image-guided interventions performed in developing countries are exposing patients to extraordinary levels of ionizing radiation.

A report from the National Council on Radiation Protection and Measurements published in March blamed medical imaging for more than half of residents' exposure to radiation in the U.S. The report singled out interventional radiology procedures as the third largest contributor, after CT and nuclear medicine.

Separately, IAEA researchers surveyed dozens of hospitals from Africa, Asia, and Eastern European countries to identify intervention-related radiation protection issues. They found that IR procedures, such as coronary angioplasties, were soaring. In some instances, volumes matched or surpassed those in developed countries. Researchers were equally surprised to discover the interventional load for pediatric patients was nearly as large as that for adults (AJR 2009;193:559-569).

The international findings deserved attention, said Dr. Manrita Sidhu, a clinical assistant professor of radiology at the University of Washington in Seattle, who leads the interventional radiology effort launched by the Alliance for Radiation Safety in Pediatric Imaging in late August.

“The IAEA's snapshot outlines the need for more radiation safety training internationally, especially in nonradiology specialties, which now perform a growing volume of imaging and image-guided interventional procedures but without the extensive background in health physics, radiation biology, and radiation safety that all board-certified radiologists are required to have,” she said.

The IAEA joined the Image Gently campaign in mid-September.

The alliance developed a number of online tools to help interventional radiologists and cardiologists reach Image Gently goals. It is also urging interventionalists, medical physicists, and radiologic technologists to develop child-size interventions, step lightly on the fluoroscopy pedal, and consider ultrasound or MRI guidance whenever possible.

“What we are hoping to do is have people stop and think about how to keep dose as low as possible so that we don't cause additional problems while we're healing these kids,” she said. 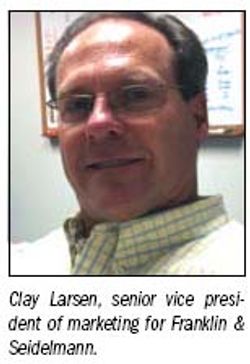