That's the view of Dr. Michael Brant- Zawadzki, medical director for neurosciences at Hoag Memorial Hospital in Newport Beach, California, and an adjunct clinical professor of radiology at Stanford University, in Stanford, California. During the W.C. Roentgen honorary lecture at the ECR, he urged congress attendees to assure the appropriateness of studies, standardize safe dose levels, use the lowest acceptable dose, and introduce a quality assurance process, including recording cumulative doses in a patient's file.

“Someone who comes in with a stroke could die today. But if they are worried about a cancer 30 years from now, they may refuse a lifesaving scan,” Brant- Zawadzki said.

Dr. James Thrall, chief radiologist at Massachusetts General Hospital in Boston, Massachusetts, had made the same statement in Tuesday's edition of The Washington Post.

The risk to patients of radiation dose is evaluated in terms of effective dose as defined by the International Commission on Radiological Protection, Brant- Zawadzki said. Effective dose combines the absorbed dose and a weighting factor related to the radiosensitivity of each organ exposed. Effective dose allows for comparison of various sources and can be calculated for standard body configurations, though not easily for individual patients. The unit of effective dose measurement is the Sievert (Sv).

“In CT, the science of diagnostic radiation and carcinogenesis has recently become very embroiled in my country, and I'm sure in Europe as well, in the politics and economics of overutilization of this rather expensive technology,” he said.

Radiation injury is either deterministic, which occurs only above a threshold dose, or stochastic, which assumes no threshold. In the former, a degree of injury is related to the dose, and in the latter, the probability of injury increases with dose. Radiation-induced hair loss can result from perfusion CT and a prolonged neuro-interventional procedure with angiography, for example. The top of Brant-Zawadzki's own hands have no hair, presumably due to exposure, he said.

He said it is worth remembering, however, that a major decline in cancer mortality has occurred in the U.S. over the past 50 years, even though cancer incidence has remained relatively stable. This suggests that improvements in cancer detection, treatment, and/or prevention have reduced the risk of cancer-related death.

In some regions, radiation is considered to have a positive impact on health, Brant-Zawadzki said. Bad Gastein, in Switzerland, is one of Europe's leading spa resorts, with 17 thermal springs. The apparent secret of its success is radon, an inert gas producing mildly radioactive emissions. It has a healing, regenerative effect on tissue, and stimulates the metabolic processes. The list of therapeutic indications include rheumatic, arthritic, and scoliotic disease, spinal and disc problems, fertility and potency problems, age-related complaints, and certain metabolic diseases.

Brant-Zawadzki also spoke about the case of Tsutomu Yamaguchi, who was the last double atomic bomb survivor. He was badly burned in Hiroshima, and three days later was in Nagasaki when the second bomb exploded. He lived to be 93, and died of stomach cancer in January of this year.

Furthermore, in the U.S., background radiation in three mountain states is three times that of three gulf states, but the cancer mortality rate is 25% higher in the gulf states, he said. 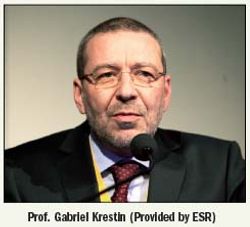 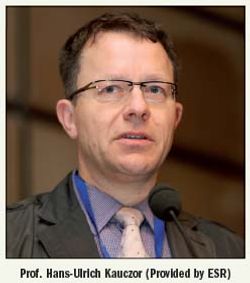