Use of transvaginal sonography increases detection of ectopic pregnancies when patient history and clinical evaluation alone aren’t sufficient for diagnosis.

Transvaginal sonography appears to be the best method for evaluating suspected ectopic pregnancy among women with abdominal pain or vaginal bleeding if clinical evaluation alone is insufficient to make the diagnosis, according to an article in JAMA.

Researchers from the Center of Reproductive Medicine in Webster, Texas, systemically reviewed the literature, looking for the accuracy and precision of patient history, clinical examination, readily available laboratory values, and sonography in the diagnosis of women with abdominal pain or vaginal bleeding during early pregnancy. The researchers found 14 studies with a total of 12,101 patients that fit the criteria for analysis.

They found that if an adnexal mass without intrauterine pregnancy was noted by transvaginal sonography, there was an increased likelihood that the woman had an ectopic pregnancy.

“A lack of adnexal abnormalities on transvaginal sonography decreases the likelihood of ectopic pregnancy,” John R. Crochet, MD, one of the study authors, said in a release. “Existing studies do not establish a single serum human chorionic gonadotropinh [hCG; a hormone] level that is diagnostic of ectopic pregnancy.”

The authors concluded, “Women with abdominal pain or vaginal bleeding during early pregnancy may have an ectopic pregnancy…In a hemodynamically stable patient, the appropriate evaluation includes a transvaginal sonography and quantitative (serial) serum hCH testing. Patients with signs and symptoms of excessive blood loss or hemodynamic collapse should immediately have a gynecological evaluation.” 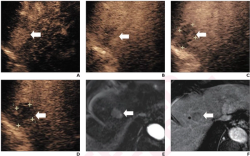 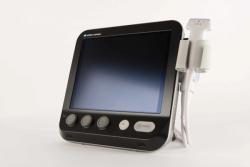