Is ignorance bliss when it comes to brain scans?

Sometimes it’s just better not to know. One of those times may be when you feel perfectly fine, but your brain scan comes back with something that looks bad. The problem: how do you know it’s nothing to worry about?

Sometimes it's just better not to know. One of those times may be when you feel perfectly fine, but your brain scan comes back with something that looks bad. The problem: how do you know it's nothing to worry about?

That's the concern behind a warning issued by British researchers last week about brain scans done on healthy people. Having this kind of scan, paid for out of pocket, is becoming an increasingly common practice as baby boomers try to allay fears about undiagnosed brain cancer and stroke. These kinds of scans may do more harm than good, say docs at the University of Edinburgh.

Their study, published in the British Medical Journal, represents the largest review of brain scanning results ever done. The Brits looked at almost 20,000 brain scans of healthy people. Some, perhaps, were following the old maxim, "an ounce of prevention is worth a pound of cure," figuring that a brain scan would pick up early signs of problems they could fix. Others, according to the researchers, were healthy volunteers participating in medical research.

None had any symptoms suggesting they had an underlying brain condition. Yet abnormalities, including weakened blood vessels and tumors, showed up on almost 3% of their brain scans.

Despite such worrisome findings, the researchers found no clear medical evidence that treatment was or would have been helpful. More reason for caution was that the identification of such symptom-free abnormalities might lead to misplaced anxiety or even useless and risky surgery.

"The difficulty with these health checkups is that in the small number of people who do harbor some undiagnosed brain condition, there is not a clear next step," said Dr. Rustam Al-Shahi Salman, one of the researchers and a Medical Research Council clinician scientist at the university. "We do not have enough medical evidence to know whether we should treat the abnormalities or just leave them be."

Such advice would not apply to patients at high risk of developing some particular disease, or those who, due to age, are at risk for colon or breast cancer, for example. The British researchers focused just on brain MR, which, to date, has shown no clinical value as a tool for screening healthy people.

With all the talk today about the overuse of medical imaging, it seems like a no-brainer to cut back on ones done on folks with no symptoms, particularly since even positive findings only muddy the picture rather than clarify it.

If a maxim must apply, I'd throw out the one about prevention and put in its place one of my favorites, told to me years ago by an engineer: "If it ain't broke, don't fix it." 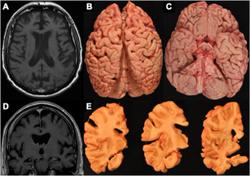